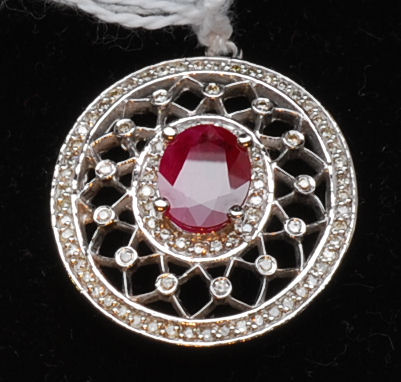 SCP-963-1 is to be given into the care of a current D level operative, as well as personnel classified as Dr. Bright's assistant. This assistant is to be chosen by O5-█ for loyalty to the Foundation, as well as psychological stability.

SCP-963 is to be attached to the subject's forehead or the back of the subject's hand using a suitably strong epoxy. SCP-963-1 is now hung by a chain from subject's neck. 963-1 is not allowed to be hidden upon the subject's body. Any attempt to do so will be met with lethal force.

If the current D-level subject exceeds a thirty-day life span, they are to be executed and a new subject chosen to wear 963-1. By order of O5-█, any body SCP-963-1 is installed upon is given a stay of execution until it passes on of natural causes, or 963-1 is transferred to a new host.

SCP-963-1 is an ornate amulet approximately 15 centimeters in circumference made from white gold, with thirteen (13) ██k brilliant-cut diamonds surrounding a ███k oval-cut ruby in a starburst pattern. It was discovered in the personal effects of ██████ ███ who had been found dead by apparent suicide, surrounded by a number of supernaturally-related books. Our Agent in the area found that 963-1 was incapable of being damaged and brought it in according to protocol XLR-8R-██.

Dr. Jack Bright,1 a Junior Staff researcher of good standing, was assigned the responsibility of researching SCP-963-1's capabilities, and granted access to [REDACTED]. Later that year, SCP-076-2 broke containment (see document 076-2-19A), leading to [REDACTED] deaths and ██ casualties. Doctor Bright was transporting SCP-963-1 by hand past SCP-076-2's containment unit, and was among the first KIB (killed in breach). Approximately █ days later, D1-113, tasked to clear the area of rubble, discovered 963-1 among the wreckage and picked it up. An immediate, noticeable change came over D1-113. Interview follows.

████: Could you please tell me your name?

████: I believe you are Tom Higly, working for us as part of your life sentence.

████: We appear to have a problem.

After much experimentation, it has been discovered that when any living anthropoid comes into direct skin contact with SCP-963-1, the mind of the subject is wiped, and that of Dr. Bright is projected from 963-1 onto the subject. It is known that memories native to Dr. Bright transfer from host to host.

If a subject maintains contact for thirty (30) days, their brain functions become a duplicate of the late Dr. Bright's. If 963-1 is removed after this time period, the subject retains an independent copy of the consciousness of Jack Bright. Sanctions were put in place to prevent multiple instances of Dr. Bright from being created to prevent Dr. Bright from collaborating with himself, however it was found this was not necessary, as Doctor Bright has proven thoroughly dedicated to the Foundation and its cause.

Doctor Bright himself has performed extensive experimentation on SCP-963-1, with the expressed desire for release from it. Interviews with Doctor Bright indicate that ██████ ███ killed himself in the process of empowering SCP-963-1, and was therefore never able to slave his own consciousness to the amulet. Doctor Bright hypothesizes that he accidentally activated 963-1's power by being killed, instead of killing himself as the original creator had done. 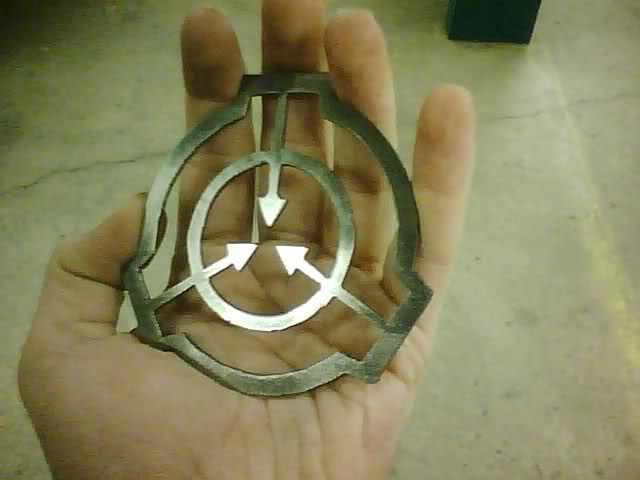 Entry Regarding SCP-963-2
On ██/██/████, orders were given by O5-9 to attempt to replicate SCP-963-1. All attempts met with failure until SCP-963-2, at which point [SUBSEQUENT DATA EXPUNGED]

ALL INFORMATION REGARDING SCP-963-2 IS CLASSIFIED LEVEL 5. ANYONE ATTEMPTING TO ACCESS FURTHER INFORMATION ABOUT SCP-963-2 WITHOUT LEVEL 5 CLEARANCE WILL BE TERMINATED.

Footnotes
1. Who has been working for the Foundation since the containment of SCP-590. For more information regarding Dr. Bright's mental condition, see Dr. Glass's psychological evaluation.
SCP-962 SCP-964