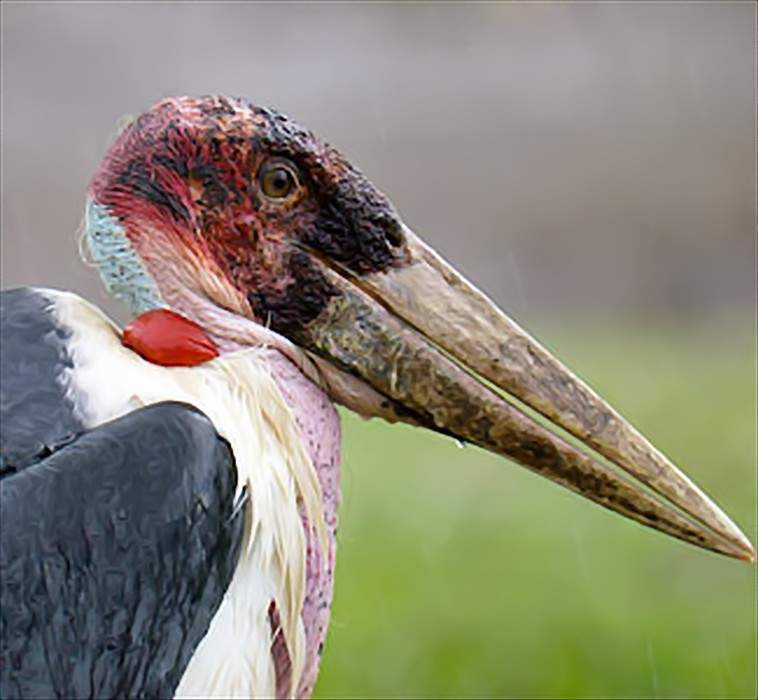 SCP-918 is to be marked on all maps as an artillery range and satellite images of the area are to be altered to corroborate with this cover story.

Any civilians approaching SCP-918 are to be taken into Foundation custody and dosed with a Class-A amnestic.

SCP-918 is an abandoned mill located in ████, ███████. The time and nature of its abandonment are currently unknown and records do not show any evidence that the mill was ever constructed. All machinery in SCP-918 related to the function of a standard mill is non-functional and appears to have been stripped for metal.

The interior of SCP-918 is filled with machinery of unknown purpose that appears to have been constructed from scrap metal. This mainly constitutes a series of intersecting pipes running through the building, however pulleys and what appears to be the engine of a tractor are also present.

Every two (2) months, three (3) creatures resembling members of the Ciconiidae family will emerge from the chimney on the roof of SCP-918. These will hereafter be referred to as instances of SCP-918-1. Instances of SCP-918-1, when dissected, do not appear to possess any skeleton, internal organs or flesh, instead being completely hollow. The method by which they ambulate or function is currently unknown. Witnesses report SCP-918-1 instances communicating with each other in the form of high-pitched clicks and screeches.

SCP-918-1 instances will then, still carrying the infant, fly back to SCP-918 and insert the infant into the machinery inside SCP-918. Personnel report a series of loud banging noises emitting from several points of machinery at this stage. After fifteen (15) minutes, varying amounts of talcum powder will be dispensed from the end point of the mechanisms.