The Building on the Square 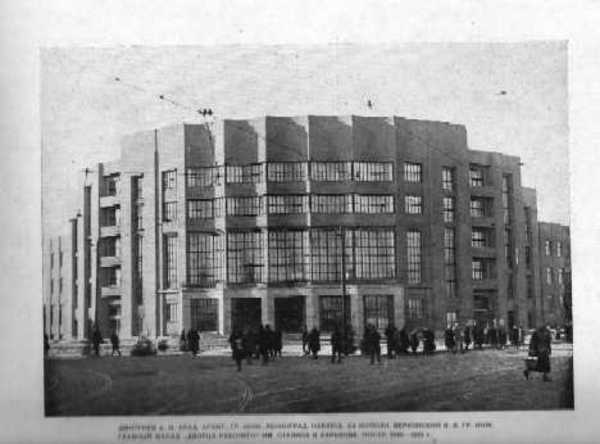 The location and nature of SCP-901 poses difficulties for containment. All doors, windows and any other features which may appear to an observer to be possible entrances to SCP-901 are to be sealed. SCP-901 is to be surrounded by a 4.5m chain-link fence topped with razor wire and wooden construction hoardings on the outer perimeter of the fence to give the appearance of a defunct facility. Two Foundation agents in local ████████ police uniform are to be positioned at the entrance to SCP-901 at all times, with four more agents in plain clothes discreetly patrolling the perimeter of SCP-901. Under no circumstances should personnel enter SCP-901 except during controlled testing conditions.

SCP-901 is a four-story building constructed in the neoclassical style, situated at 10 ████████ Square, ████████, ██████████, coordinates [REDACTED]. It is L-shaped and takes up a footprint of approximately 850m2. Information on SCP-901's history has been difficult to obtain; questioning of the local population suggests that it has existed since 1947 at the earliest, but no records of its builders or subsequent usage have been found. It is not possible to enter SCP-901 through any method other than through the main entrance, which consists of a large mahogany double door of dimensions 5.2x4.5m, from hereon designated as SCP-901-1. SCP-901-1 opens onto a large main hall which appears to be empty when viewed from the outside. The windows, although covered with a thick coating of dirt, also show all the rooms of SCP-901 are empty. However, observers have on rare occasions reported movement, 'shadowy figures' and in one case [DATA EXPUNGED] through the windows. So far, none of these phenomena have been captured by recording devices.

When an individual enters SCP-901, SCP-901-1 will close and be unable to be opened from the outside by currently tested means for a period of time ranging from thirty minutes to several months. Approximately 60% of those who enter SCP-901 will not emerge and are considered for the purposes of Foundation status and record-keeping to be neutralised. In these cases SCP-901-1 will simply be able to be opened once more without any visible changes; regular testing of SCP-901-1 is therefore necessary to determine when its time of 'locking' has passed. When SCP-901-1 is sealed electronic recording or transmission devices within SCP-901 malfunction.

The remainder of the individuals who enter SCP-901 eventually exit the structure, again through SCP-901-1, and the main effects of SCP-901 have been determined through verbal reports from these subjects. When a subject enters SCP-901, it takes on the appearance of a fully staffed institution rather than an empty building. The nature of the institution varies between subjects but is usually a security or law enforcement facility with the features of a parent authority of particular anathema to the subject, although subjects are unable or unwilling to describe definite identifying marks.

Notable resemblances include the SS Geheime Staatspolizei, the Soviet Committee for State Security, the police force of the subject's home nation or [DATA EXPUNGED]. In one notable case, D-1955 (formerly Foundation researcher Dr. █████, who had been demoted to D-class due to breaches of protocol involving assignment to SCP-231) entered SCP-901 and [DATA REDACTED BY ORDER OF O5-█]. The internal architecture of SCP-901 seems to be unchanged. It is unknown whether the effects of SCP-901 manifest in reality or are the product of hallucinations caused by psychological effects of the SCP.

Upon entering SCP-901, the subject is confronted by one or more personnel in the employ of said authority, who proceed to restrain the subject and escort them to another sector of SCP-901, where the subject will be interrogated by a figure of relatively high rank in the organisation, designated SCP-901-2. Unlike the other figures populating SCP-901, SCP-901-2 appears to be a consistent feature during all subjects' experiences of SCP-901. Although SCP-901-2's ethnicity, facial features and clothing vary to fit the characteristics of the organisation occupying SCP-901, subjects have consistently described SCP-901-2 as a man of 1.6 to 1.95 meters in height, of average build and with a 'calm' or 'level' voice. Due to the psychological effects of SCP-901 more in-depth subject observations on SCP-901-2 are considered unreliable. SCP-901-2 will interrogate the subject on a particular act or acts by the subject against the laws of SCP-901's occupying authority. This does not appear to correspond to any actions the subject has performed, and indeed may be physically impossible for the subject in question.

The personnel occupying SCP-901 will then attempt to extract a confession from the subject. The nature of this process is highly variable between subjects, but may be physical or psychological and will match the nature of the organisation occupying SCP-901 to some extent. Due to the invariable effects of these procedures on the subject, details have been difficult to acquire and are considered to be of dubious quality, but indicated examples include;

The subject will then emerge from SCP-901 after a period of time consistent with observation.1

In all cases subjects who survive the effects of SCP-901 will suffer severe post-traumatic stress disorder. Subjects will also experience hallucinations and paranoid delusions, especially related to being under constant threat or observation by the organisation encountered within SCP-901. Subjects often develop a condition similar to Stockholm Syndrome, manifesting in a reluctance to criticise the organisation in question and justification of its actions. The psychological effects of SCP-901 appear to be poorly treated by time or medical therapy, and in some cases may increase to such a point that [DATA EXPUNGED]

Addendum 901-1 In the light of Incident 901-1, personnel are forbidden from damaging or otherwise interfering with SCP-901 in any way except under controlled testing conditions.

Incident 901-1 synopsis: Dr. ████████ suggested physically bracing SCP-901-1 to prevent it from closing whilst an individual entered the structure, allowing observation of said individual's behaviour. This was approved and appropriate personnel and apparatus were assembled. As Agents ████████ and ████ began to install the apparatus they abruptly halted after three minutes and, judging from their dialogue, appeared to notice a large group of armed hostiles standing inside SCP-901. Agent ████ protested that they had been ordered by the local district [DATA EXPUNGED] to carry out repairs on SCP-901, which he referred to as [DATA EXPUNGED]. It should be noted that no local [DATA EXPUNGED] had ever existed and it had not been deemed necessary to prepare a cover story for the operation.

Agent ████ appeared to argue with the group of hostiles (who remained inaudible and invisible to observers) until both agents became visibly distressed and subsequently began to disassemble the bracing apparatus. Agent ████████ was sent to retrieve his colleagues with force if necessary but upon approaching SCP-901-1 dropped his sidearm and raised his hands in the air. Further personnel sent to interfere in the situation met with similar effects. Once all equipment had been cleared from SCP-901-1 all agents experiencing abnormal psychological effects entered SCP-901 and SCP-901-1 closed as normal. SCP-901-1 was sealed for a normal period of 23 days and none of the subjects re-emerged.

SCP-901 holds a great deal of potential to the Foundation as a means of controlling unruly humanoid SCPs, D-class personnel or others. However, I suspect there may be some bias in our testing procedures, since they're all D-classes and we naturally expect the ideal D-class to be submissive; perhaps the high rates of death and trauma are due to this? It would therefore be of interest to see the effect of this SCP on individuals conditioned to resist physical and psychological stress. As Foundation agents and other personnel fit this category well, I propose we recruit volunteers from the ranks of these personnel or draft them if necessary to test SCP-901.
- Dr. Major