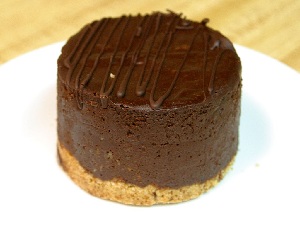 Upon creation of an instance of SCP-871, 3 Class D personnel are to be escorted by armed guards to its cell, where they are to be sealed with the instance and induced to consume it. No more than one hour may be spent performing this task. In cases where additional motivation is needed, the termination of one of the Class D personnel assigned to an instance of SCP-871 is authorized. Upon completion of the consumption of an instance, no participants may exit the cell until both they and the room have been thoroughly searched to confirm that no portions remain. The platter, table, and room are then to be cleaned in preparation for the next instance.

Class D personnel who prove cooperative in the consumption of an instance of SCP-871 may volunteer to participate in additional consumptions. Personnel exhibiting exceptional usefulness may have their monthly termination postponed. Such personnel are under no circumstances to be allowed to interact with any other SCP object.

No desserts of any kind are to be served on-site at any facility housing a recurrence of SCP-871.

SCP-871 is a collection of 237 cakes. Instances of SCP-871 vary widely in appearance and size, covering the entire range of foods described by humans as "cake". The smallest observed instance of SCP-871 was a miniature cupcake with a mass of 15 grams. The largest yet observed was a 22-kilogram baumkuchen measuring 2 meters in length.

When any instance of SCP-871 is consumed by a human or a collection of humans, it is replaced approximately 24 hours afterward with a similar cake. This cake will appear on a flat surface in the vicinity of the location where the previous instance was eaten. If any of these cakes is substantially damaged through any means other than being eaten by a human, including being eaten by a non-human animal, it will be replaced instantaneously. Instances recreated in this manner maintain the schedule of the original instance. The mechanism by which instances of SCP-871 are replaced is currently unknown.

Individual recurrences of SCP-871 have been observed to "mutate" over time, varying in minor characteristics between each instance, with larger changes occurring in roughly 5% of replacements. No deleterious effects have been observed to result from the consumption of SCP-871, even in cases where several instances have been consumed, excepting those expectable from eating large amounts of cake.

SCP-871's danger originates in the consequences of an instance not being eaten. Any instance of SCP-871 which is not consumed will cause a new cake to be created in its vicinity after 24 hours. While this is similar to its normal "replacement" behavior, the original instance will continue to exhibit the same properties, replicating if damaged and continuing to "replace" itself every 24 hours. This behavior has been observed in all cases where more than 10% of the mass of an instance remained unconsumed. As there is no known mechanism for halting SCP-871's replication, any uncontained instances could replicate exponentially, quickly becoming unmanageable. No maintainable plans for the containment of more than 20,000 instances of SCP-871 have yet been devised. It is estimated that an uncontrolled outbreak originating with a single instance would render the earth uninhabitable within 80 days.