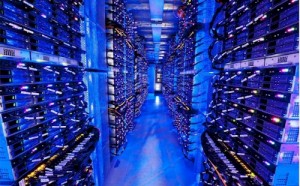 SCP-866 is to be contained in situ in the HPC Center of the ████████ University in ████████, ██████. Floor ██ containing SCP-866 is to be permanently sealed off to all but authorized SCP personnel. At least two SCP personnel should monitor the diesel backup generators at all times as a complete power failure could lead to unquantifiable loss of personnel and civilian casualties, unquantifiable loss of equipment, complete loss of acquired experimental data and in the worst case [DATA EXPUNGED]. Access to the input terminals is allowed only with permission of Level 4 Staff. At least two guards should be stationed in the room of SCP-866 and prevent any individual from entering SCP-866 beyond the input terminals. Unauthorized attempts of access should be logged, but due to the location of containment extreme measures should be avoided if possible.

SCP-866 is a ████ Series Supercomputer constructed in 20██. Its anomalous properties were discovered when the system proved capable of running computation jobs with more processors than physically available. Subsequent attempts to determine the reason for this behavior have failed, but have caused █ university employees to disappear. See Addendum 1.1a for details. Foundation operatives determined the system has non-euclidian geometry in the computation node rack topology, possibly a polydimensional n-hypercube structure. This however does not account for the reason for the anomalous computations, only for their speed. An attempt to remove SCP-866 from the power supply has resulted in immediate [DATA EXPUNGED] resulting in ██ displacements and disappearances, including the entire recovery team. See [REDACTED] for additional information. In situ containment measures have been devised.

Addendum 1 SCP-866 has been successfully used by Foundation staff for large-scale simulations and computations. At this time, the limit, if any, to SCP-866 computational capacity is not known. Access to the machine can be made remotely by anyone possessing a student or staff account for the ████████ University System. Addition of a [REDACTED] prevents non-Foundation access.

Addendum 1.1a █ of the university employees have since been discovered. Prof. ████ has been found in the building's basement by janitorial staff. Analysis of the remains has shown that his death occurred roughly at the same time as the attempt to remove SCP-866 from the power supply. He was found embe[REDACTED]oom wall. Position of the body suggests Prof. ████ was initially alive while in the basement, the words "[illegible] [illegible] died to a rounding error" were written in his own blood. Radar scans of the building's concrete walls are ongoing, but have failed to find anything of note. Research assistant Dr. ████ has been found in Lagrangian point L3 through unrelated observation regarding [REDACTED].

Addendum 2 An analysis of currently running jobs shows that less than 5% of tasks are the result of foundation personnel. This value could not be increased through an increase in jobs submitted, suggesting non-linear relation between job size and machine resources. Attempts to identify the nature of the other jobs has proven so far unsuccessful. Largest observed jobs up to date, still running, are the "TSTWRLD1" to "TSTWRLD4" series submitted by "ao000002" and taking 20% of total machine resources each. Further analysis required.