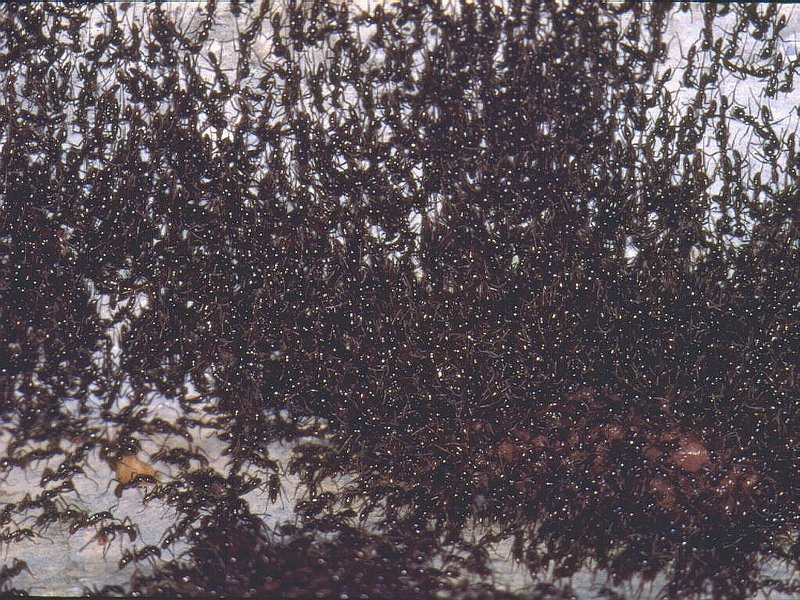 SCP-851 is a large colony of insects similar in appearance to Eciton burchellii. This colony numbers between ███ and ████ at any given time. SCP-851 lacks a queen, and reproduces asexually.

SCP-851 creates its "hills" in a vertical and obtrusive manner, reaching approximately 1 - 2 meters in height. This behaviour has been determined as a way of luring in curious prey. If an endothermic organism enters within a three meter radius of SCP-851's hill, it will burrow in a straight line towards the organism. SCP-851 appears to be able to burrow through any soil at up to 11 km/h.

Once SCP-851 reaches the organism, it will emit a high-pitched noise. Mammals and birds are highly affected by this, and show signs of heavy sedation. SCP-851 will then entirely consume the organism. Due to the effects of the noise produced by SCP-851, organisms show little to no resistance towards their consumption.

SCP-851 will migrate and create a new hill every █ to █ days. 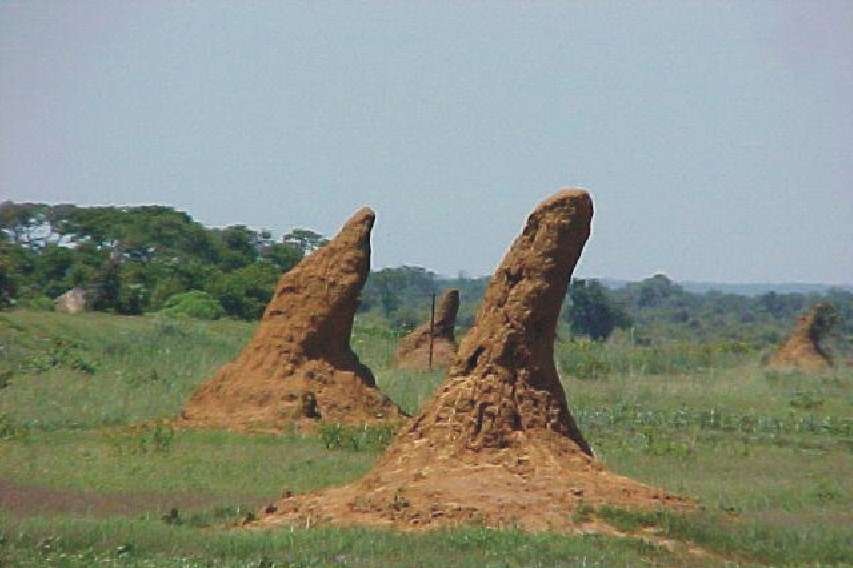 Addendum 851-1 Examination of the noise emitted by SCP-851 has shown that it has melodic fluctuations. When slowed, the noise produced contained elements of speech. Researchers were able to distinguish the following:

Addendum 851-2 The previous recording was shown to several personnel that did not have English as a native tongue. Personnel were able to interpret the recording in their own language, and translations matched the recorded output.