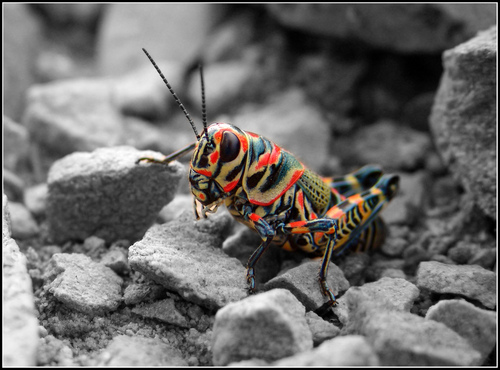 Foundation MTF █-█ "Methyl Heads" will regularly treat areas prone to SCP-820 with such pesticides as might be utilised by farmers native to those areas. In addition to this, media coverage in the affected areas will be controlled to encourage citizens to remain indoors and in a safe place until swarm season has ended. A focus in media coverage during the off season will be sensationalist stories designed to increase everyday paranoia and form habits in viewers conducive to personal safety.

A small group of SCP-820 specimens (between █,███ and ██,███ individuals) is to be housed in Bio-Research Site-176, with research aimed toward [DATA EXPUNGED]. These specimens are to be housed in a secure translucent terrarium exposed to sunlight via skylights located in containment wing beta. Access to the specimens will require at least level three authorization as well as accompaniment by a member of the permanent SCP-820 research team.

SCP-820 is a periodically manifesting swarm of locust grasshoppers that appears in certain areas of [REDACTED] and Peru colloquially known as las langostas pintadas, or "the painted locusts".

In addition to crop and property damage as may be expected from a locust swarm, the vicinities visited by las langostas pintadas experience heightened accidental death rates due to an as yet unexplained effect theorized to be a pseudo-hypnotic mental state caused by the constant color and motion of SCP-820. Victims of this effect (known as the R█████ effect, in honor of the late Doctor R█████) experience a strong sense that they are somehow protected; quote, "everything is perfectly fine. You're totally safe, and nothing bad can happen." This leads to vastly increased recklessness and a dramatic drop in self protective behaviors. The effect lasts an average of ███ hours post exposure. 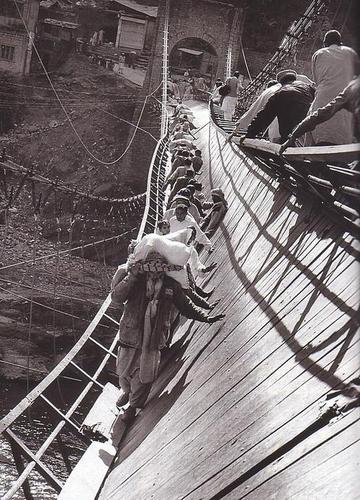 SCP-820 was brought to the attention of the Foundation in 197█ when an investigatory MTF was dispatched to [REDACTED], Peru, to investigate the deaths of nearly seventy people in a bridge collapse incident. Engineers' reports showed that the bridge structure had been visibly unsafe for several hours before it collapsed, leading Foundation scanners to wonder why so many people had been on the bridge at the time of collapse. MTF █-██, "Paprika Tuxedo", discovered the nature of SCP-820 when [DATA EXPUNGED] firearms safety.

During an incident in ████, a swarm of SCP-820 manifested on a battlefield during a civil war in [REDACTED], leading to approximately ████ casualties. Foundation media plants reported the high casualty rates were due to the use of illegal chemical weaponry, specifically [DATA EXPUNGED].

SCP-820 has been shown in testing to increase the likelihood of accidental death by nearly ██% for the duration of exposure, and the chance of personal injury by nearly ██%.

D-Class exposed to SCP-820 have shown willingness to place themselves in highly dangerous situations with no fear, including walking onto active live-fire ordinance testing zones and entering containme[THIS SECTION REMOVED BY ORDER OF O5-8]. If the SCP-820 swarm can be raised properly in containment, it may be helpful in preparing personnel for work with Keter level SCP objects.

Addendum: It appears as of ██/██/20██ that SCP-820 has extended its range as far as [DATA EXPUNGED]. Containment procedures are currently not effective in preventing SCP-820 exposure. It is the recommendation of a research team headed by Doctors Vanheissen and Klein that containment procedures for SCP-820 be reevaluated for effectiveness against at least 240 Caeliferan genera that are not vulnerable to current Foundation methodology.