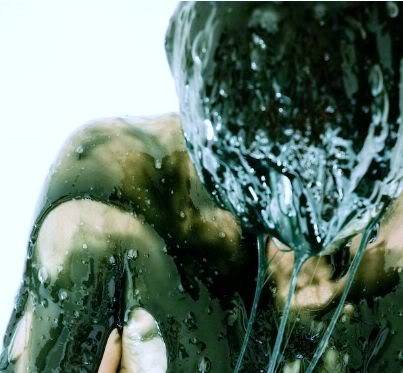 SCP-817 is held in a solitary confinement cell in Site-██. Numerous mechanisms for incapacitating SCP-817 are built into its cell, including sedative-loaded darts, pumps to fill the chamber with sleeping gas, pumps to remove oxygen from the chamber, a mechanism to flood the chamber with water or acidic or alkaline solutions, an electric current that can be run through the floor and walls, a mechanism to fill the entire room with quick-hardening foam, and a mechanism to introduce approximately three hundred (300) black flies to the room (SCP-817 has a known phobia of flying insects.)

The remainder of SCP-817’s containment procedure varies based on its current abilities. The following procedures must be re-evaluated and revised every time SCP-817 undergoes a metamorphic shift.

SCP-817’s containment chamber is currently a simple, padded confinement cell (apart from the measures mentioned above) air conditioned to eighteen (18) degrees Celsius. SCP-817 is fed ██ kilograms of cooked meat daily, as in its current form it consumes calories very rapidly. A detachment of at least five (5) armed security personnel must be present whenever SCP-817 is released from its cell, restraints must be placed on its ‘wing’ structures, and a specially designed muzzle on its head and neck.

SCP-817 is a humanoid of indeterminate gender and variable physical features, although genetic testing suggests it was once █████████ █████, a young Asian male. SCP-817 periodically undergoes radical metamorphic changes to its physiology. The delay between metamorphic events varies but is usually about two (2) to three (3) months. These shifts and the physiological abnormalities produced cause SCP-817 enormous pain, however it seems to suffer no actual damage to its body systems. Additionally, SCP-817 seems to be incapable of deliberately injuring itself.

SCP-817 is mentally unstable, displaying severe psychotic symptoms. During psychotic episodes, which make up roughly 30% of its waking hours and are always triggered by its metamorphic shifts, SCP-817 is extremely hostile and will attempt to breach containment and attack personnel.

In its current form SCP-817 is one and a half (1.5) meters tall, lacks primary or secondary sex organs, and in place of arms has limbs resembling the wings of a bat that fold around its torso and span three (3) meters when fully extended. Bones and muscle are composed of unknown polymers, unrelated to any naturally occurring skeletal or muscular material and ██% lighter than their baseline human counterparts. Because of this reduction in its mass-to-force exerted ratio, SCP-817 is fully capable of extended, unassisted flight using its wings, although doing so requires an enormous energy expenditure. Its extremely high metabolic rate keeps SCP-817’s body temperature at a constant ██ degrees Celsius, and it appears to be suffering the appropriate degree of pain for a human heated to such a temperature despite a lack of actual harm to its physiology. Additionally, while SCP-817’s current neck and jaw structures appear humanoid, it has demonstrated the ability to suddenly jerk its neck forward and ‘unfold’ its jaw, presumably as a feeding mechanism in lieu of arms.

Addendum: An analysis by Dr. E█████ indicates even at the most conservative estimate, SCP-817 has expended less than ten (10) percent of the energy it has taken in since containment. Its method of energy storage is presently unknown. Dr. E█████ hypothesizes [DATA EXPUNGED] and has recommended that SCP-817’s rations be cut to significantly below the current estimated starvation level. Recommendation still pending review.