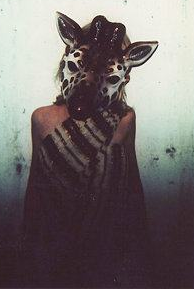 SCP-747 is allowed a total of twenty-five (25) dolls, excluding any created under SCP-747's influence. Any personnel that begin to show visible signs of SCP-747's influence are to be contained separately in similar conditions. Should a containment breach occur, task force 747-B8 is to be alerted and proceed with recapture immediately. Only under extreme circumstances are any personnel with clearance level three or higher to have any direct contact with SCP-747.

SCP-747 is a phenomenon involving the appearance of children in any manner of animal masks. All instances of SCP-747 have been successfully identified as deceased children of appearance congruent with the time of death, excluding the masks. The commonality of the children, according to research, is that they all owned a doll precious to them at their time of death. Currently in containment there are seven (7) instances of SCP-747:

Each instance of SCP-747 cannot speak, nor do they seem to be aware of humans unless taking particular interest in specific individuals. Mainly, SCP-747 shows interest in hand-made dolls and each other. It is unknown if SCP-747 has sentience, though they appear to be aware of their surroundings and will avoid walking into obstacles. SCP-747 is able to move through obstacles no thicker than ten (10) centimeters with ease. SCP-747 is also semi-corporeal; instances are able to lift and touch objects, but only for short periods of time before they tire.

SCP-747 has the ability to transform humans into dolls over the course of approximately twenty-one (21) days. To do this, instances of SCP-747 surround the human and hold hands before walking around the human for a period of five (5) to seven (7) seconds. Afterwards, SCP-747 disperses and continues normal behavior. It is unknown which humans they choose to transform or why. SCP-747 occasionally shows interest in a person before attempting to transform them. The person is able to interrupt the process by moving away or avoiding SCP-747; however, most people describe a feeling of 'thoughtlessness' or 'blankness' when in contact with SCP-747, thereby making the interruption difficult. 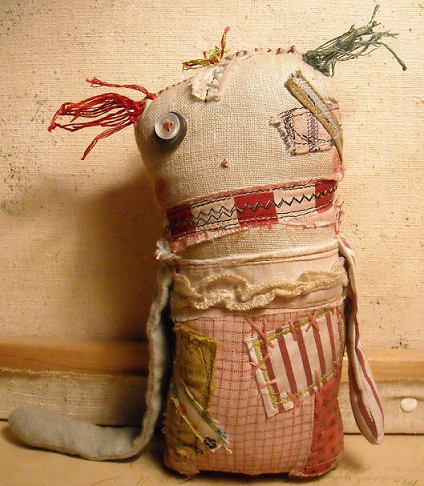 An Example of SCP-747's Concluded Effect

After interaction with SCP-747, there are no immediate symptoms. There is currently no cure or treatment for the conversion process. Within fifteen (15) minutes, the target will experience numbness of the tips of extremities, similar to that caused by cold. Afterwards, over a period of approximately twenty-one (21) days, the symptoms will progressively worsen. The process will accelerate under stress or panic to a minimum of ten (10) days. The conversion has been divided roughly into three (3) stages, beginning from initial influence to the transformation into a doll. If at any point a doll made from SCP-747's influence is destroyed, SCP-747 will begin to show a greater interest in humans until another human is 'targeted' for replacement.

Stage 1: Loss of Minor Senses
The targeted human loses the senses of smell, hearing, and taste over a period of approximately seven (7) days. Their mental state appears stable. Subject may display worry about condition. Any signs of mental instability at this stage are signs of an accelerated transformation. SCP-747 will ignore the person as if they were normal. The target's skin color and eye color will progressively change in appearance to that of what they will become as a doll. Any personnel that show symptoms must be contained according to the containment procedures listed until late stage two (2), in which the personnel are to be moved to SCP-747's containment chamber.

Stage 2: Loss of Major Senses
Subject begins to lose the final two senses over a period of approximately thirteen (13) days. Their mental state will begin to destabilize due to loss of the major senses, first touch and then sight. This degeneration of senses is gradual, and victims have been found initiating self-harm in attempts to feel something. SCP-747 will begin showing interest in the person, from noticing their entrance into their containment to actively attempting to follow and interact with the subject. Should subject attempt suicide or die in this stage, SCP-747 will immediately seek a replacement with any human. Once the targeted human loses all their senses, SCP-747 will immediately show great interest with the body. The skin will become ragged, similar to textile in both texture and appearance, and the subject's eyes will begin to harden into buttons. Dissections have revealed that during this process the victim's organs will begin to convert into stuffing of various materials, including but not limited to cotton and polyester. Through the use of EEG it has been noted that the target is still conscious throughout this process.

Stage 3: Full Transformation
Subject transforms fully into a doll within twenty-four (24) hours. At this point SCP-747 will treat them as any other doll. It is currently theorized that the subject is no longer conscious or 'alive' in any sense. See Document 747-B4. Dolls produced though SCP-747's influence are to be kept in SCP-747's containment room and removed only for examination or repair.

Footnotes
1. Blue crayon written in neat cursive. Contains a short story involving a mother looking for her son in an unspecified afterlife. It is notable that the mother of the entity holding the note had died in childbirth. Investigations to its source are ongoing.
SCP-746 SCP-748