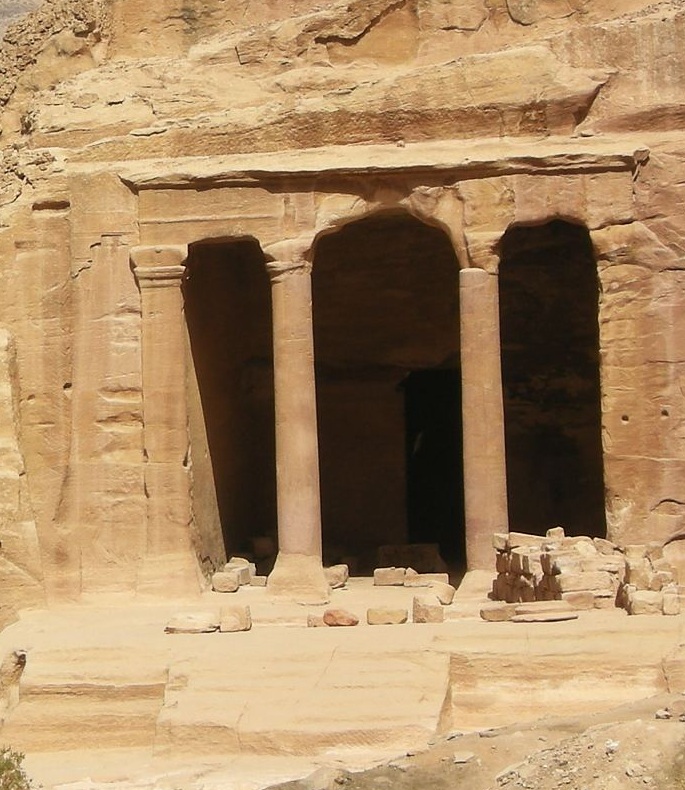 A security fence has been constructed around the area of SCP-727. Civilians are to be turned away and officials are to be told that the area around SCP-727 is geologically unstable. Access to SCP-727 is permitted only for testing and requires at least one armed guard on duty outside the item's entrance. All crafted objects produced inside SCP-727 are to be stored in containment room 727-H at Site-██.

SCP-727 resembles a smithy of ancient Greek design. It contains artisans' tools originating from a wide variety of eras and countries, some of which have not yet been identified. The item's walls and ceiling are covered with masses of chains made from a material similar to iron. SCP-727's nature makes these chains' length impossible to measure.

When a human being enters SCP-727, the chains along the walls and ceiling become active and forcefully ensnare the subject. Ensnarement does not kill the subject, but invariably breaks many of its bones. Subjects with reinforced limbs are not immune to disfigurement. If more than one person enters SCP-727 at a time, the chains kill all but one subject by strangulation. Non-human animals and inanimate objects are simply thrown from SCP-727 by the chains. Once the chains have full control of a single human subject, they manipulate it like a puppet, forcing it to craft a series of objects of diverse nature and exceptional quality. Subjects describe this process as extremely painful. The source of the raw material for the crafted objects is unknown. After an indeterminate period of time, the chains throw the subject and its crafted objects out of SCP-727 and become dormant until another person enters SCP-727. Subjects of SCP-727 are given no sustenance and no opportunity to sleep; if a subject loses consciousness, it is thrown out of the smithy.

Surviving subjects are severely crippled and deformed, with many of their bones broken and joints twisted, but invariably demonstrate great manual dexterity. Persons interacting with surviving subjects, even those with previous experience working with the disabled, express feelings of disgust at their disfigurement. The only long-term psychological impact on the survivors themselves is withdrawal from social activities and failure to seek out human contact.

Periodically, the chains will keep a subject within SCP-727 for days at a time, forcing it to work on one large object instead of several smaller ones. So far all of these large projects have met with failure, as all such subjects have died before completing the item's work. For a list of the failed crafted objects see Addendum-727.

SCP-727 was discovered by tracking repeated reports of a "miracle forge" by mysteriously disfigured people in ██████, Greece. The item was contained; its victims were given Class-B amnestics and placed in hospitals throughout Greece.

Addendum-727 The list of failed crafts from SCP-727 are as follows: