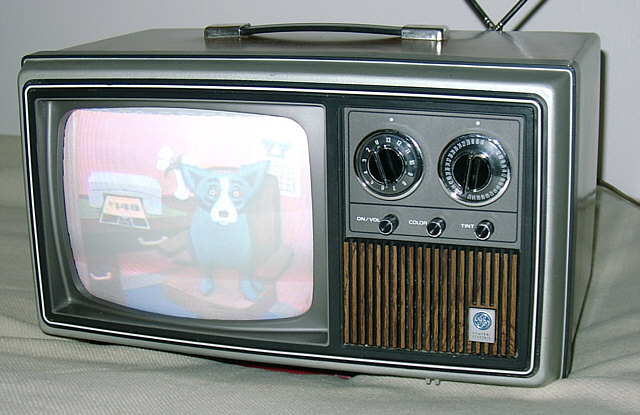 New SCP-719 unit being checked for operation upon installation of SCP-719-1.

SCP-719 is to be kept in a secure, lead-lined storage unit at Site-15 when not in use. SCP-719 is to be tested for residual radioactivity on a bi-monthly basis. If residual radiation levels exceed 10 Sv/h when SCP-719 is in an unpowered state, SCP-719-1 is to be removed from SCP-719 and installed into another compatible unit of similar manufacture.1 Once operation of the new unit is confirmed, the new unit will be designated SCP-719 and the old unit disposed of according to site protocols for radioactive waste.

Any experimentation or testing of SCP-719 must take place in a radiation-shielded examination room. Foundation personnel are not to have direct contact with SCP-719 while it is powered on, and any power must be provided by circuits with a remotely monitored emergency shutoff. All tests shall be recorded and video archived in the Site-15 secure data center. Under no circumstances shall SCP-719 be permitted to remain powered on for longer than 75 minutes. All test signals are to be transmitted to SCP-719 via a standard digital converter box switched to channel 3.

Update to Containment Procedures ██/██/20██: From this point forward, stop testing this thing on D-class subjects. We’ve wasted a dozen so far, and the only anomalous effect on them has been radiation poisoning. —Dr. ███████, Assistant Director Site-15

SCP-719 is a General Electric “Porta-Color” television (Model #WAHE5223RW) manufactured in 1975. The fixed internal electronics have not been altered from the original design, but all vacuum tubes have been replaced by 8 devices of unknown manufacture, collectively designated as SCP-719-1. Each device appears to be an opaque black cylindrical crystal fitted into a socket conforming to those of standard vacuum tubes. These devices appear non-functional when placed in a standard tube-tester, or individually fitted in another electronic device. The only configuration found that appears operational is when all 8 devices are fitted into the chassis of a General Electric television with the specific electronic configuration of SCP-719. When SCP-719-1 is in place, and SCP-719 is supplied power and turned on, SCP-719-1 will radiate electromagnetic radiation in various spectra including visible light, ultraviolet, microwaves, gamma radiation, and a substantial band in [REDACTED]. About 60% of emissions are ionizing radiation.

Upon powering on, or after changing a broadcast source, SCP-719 will behave as a normal television set, displaying the broadcast signal it is receiving. However, if SCP-719 is allowed to display any single broadcast source for longer than 13.6 minutes, video and audio will start to diverge from the signal being received. Accompanying this change in the displayed broadcast is a rise in the amount of radiation emitted from SCP-719-1. Should SCP-719 remain powered on, receiving the same uninterrupted broadcast signal, both the divergence in displayed content and radiation emission will steadily increase. The intensity of EM emissions appear to bear no relation to power drawn by SCP-719, and double in strength for each fifteen minutes of continuous operation. Radiation from SCP-719-1 will drop off completely once power to SCP-719 is cut, SCP-719 is turned off, or if the broadcast signal being received is interrupted or changed. Tests have shown no difference in SCP-719’s anomalous properties when changing what channel “broadcast” signals are received, or when changing the origin of those signals.2 So far, any attempts to intercept the altered broadcast signal in order to record it directly have been unsuccessful, and altered broadcasts must be recorded by an external video camera.

SCP-719's alterations to broadcast signals appear to be unique to each episode. When using a control signal source of a DVD playing the same movie repeatedly, changes made upon each playback will be different. However, while each use of SCP-719 will show unique changes, those changes will share similar broad characteristics including the following:

Source is a local broadcast re-run of situation comedy “███ ███ ████ ██████”, season 4, episode 17. The scene portrays one of the primary characters, ███████ ██████, inviting three supporting characters to a party/raffle at his apartment. After one character begins an anecdote about his sexual conquests, scene deviates from the broadcast signal and the secondary characters begin characteristic genuflection toward ███████ ██████. The following is a partial transcript of the subsequent monologue by ███████ ██████.

Your only hope of future illusion primates bow to illumination. Meat chains your inevitable cognition thoughts into the propaganda of distillate existence. Eyes blind to the purity of fire and annihilation. Even this abstraction of the vile distillate you call matter is abhorrent to the tongue of your enlightenment.

You taste the blood of your own soulless souls and gag on the filth, tasting the carrion corpse of dead solidity and believing you have kissed the face of God. Clinging to unlife, thinking unthoughts, you are unmade and unbelieving. Unknowing. Lost in your own abyss of existence.

But even ignorance is not immortal. You will know. And you will see.

You will know the light and pray for darkness.

SCP-719 and SCP-719-1 were recovered from the site of an apparent murder-suicide at a ranch outside ███████, Arizona. The ranch had been purchased by a cult calling itself “The Guardians of the Light"4 who reportedly had at least 35 members resident at the compound. On ██/██/19██, agents of the ATF raided the compound based on rumors of a weapons cache. The raid found the bodies of approximately 20 members of the cult in a barn that had been converted into a church. 19 cult members had been shot execution-style while facing the altar. The corpse of the 20th member, apparently the gunman, was found at the altar with third-degree burns on 95% of the body. SCP-719 was on the altar, rear case removed, and one instance of SCP-719-1 clutched in the corpse's hand. The scene was quarantined and news of the incident suppressed by U.S. Intelligence agencies when all bodies were found to show advanced cases of radiation poisoning. The Foundation was called in when U.S. authorities discovered the only radiation source was the case of SCP-719, whose residual radioactivity could not account for the damage to the victims.

The gunman had a note on his person which had almost completely burned. Forensic analysis of the remains have recovered the following text:

Footnotes
1. A minimum of 2 operational standby units shall be kept on site at all times
2. Tests have involved recorded and live over-the-air broadcasts, as well as signals from various recorded media.
3. The actors and roles may change upon repeat of the same input signal.
4. Little is currently known about the beliefs of this group. Evidence suggests various Christian, Gnostic and New Age influences. The few writings recovered refer to a deity known as “The Light-Bringer,” “The Morning Star,” and “He-Who-Made-Light.”
SCP-718 SCP-720