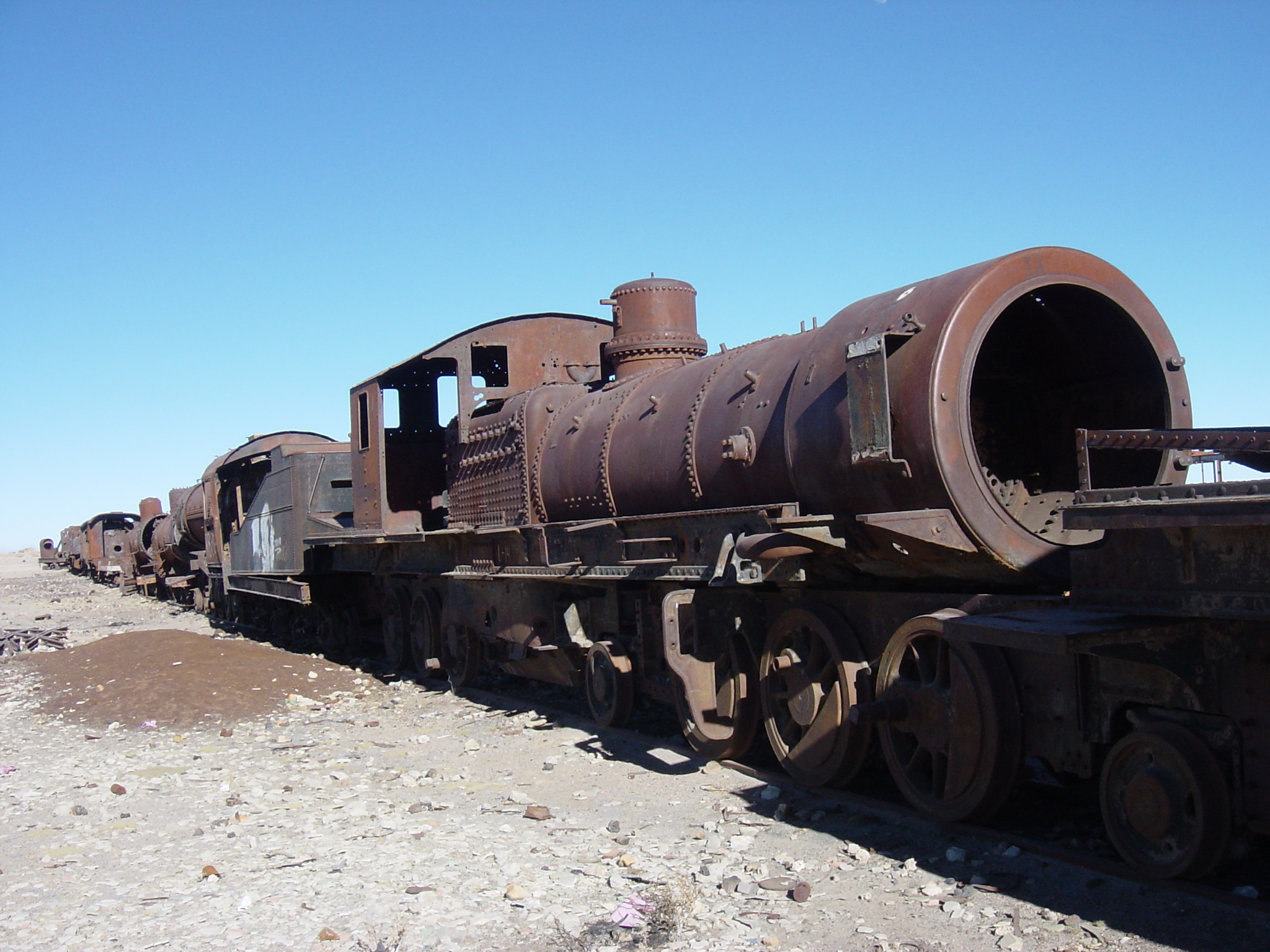 Containment area is to be coated in lead shielding both inside and out. Should any section of the shielding become damaged, replacement plates are to be installed immediately. Chains and plates used to secure SCP-716 are to have lead shielding as well, and are to be replaced as soon as wear or corrosion is observed.

SCP-716 is to remain pointing at an external wall at all times. Should SCP-716 break containment and forcibly exit the containment area, recovery teams are to monitor SCP-716 and attempt recovery only when SCP-716 comes to rest. Recovery while still in motion may only be attempted with approval from O5 Command.

Areas with long-term exposure are to be sterilized after SCP-716 removal. Any biological organisms affected by SCP-716 are to be terminated unless required for testing. No humans are to enter R.E.M. sleep within two hundred meters of SCP-716 if uncontained, one hundred meters if contained. Anything exiting [DATA EXPUNGED]

No entry of SCP-716 is permitted at any time. Entry for testing purposes must be approved by Site Command.

SCP-716 is a large locomotive and a variable number of cars, between eight and twenty on average. Both the locomotive and cars appear to be in an advanced state of neglect. Physical damage dealt to SCP-716 appears to slowly “regenerate” over time; however, it maintains an appearance of extreme neglect and rust. SCP-716 can be physically moved with difficulty; however, the locomotive appears to be unable to function normally and appears to be missing many critical parts.

SCP-716 exhibits a select form of inconsistent topography. While appearing to have a set number of rail cars from outside observation, the train exhibits an apparently unlimited amount of cars when entered. Almost all of these cars are enclosed and appear to be of random types (passenger, tanker, animal transport, mail, etc.). Many of them exhibit other anomalous properties, such [DATA EXPUNGED]. Some notable and recurring cars are a horse transport car with horse corpses hanging from ropes made of sheep tendon, a tanker car filled with a mixture of crude oil and human bile, a large transport car filled with stacks of keys made of many different materials, [DATA EXPUNGED].

SCP-716 is also capable of two forms of transport/movement. To begin with, it can travel and move in a manner consistent with a locomotive of similar dimensions despite the lack of vital parts, any form of fuel, or conductor. SCP-716 is capable of reaching speeds in excess of ███ km/h and can do so in a very short period of time. While it appears to “prefer” traveling on current or former rail tracks, SCP-716 is capable of “over land” movement as well, in a manner similar to SCP-1489. Observation of SCP-716 engaging in this movement in a urban area shows that activities that would damage/disable a normal locomotive (such as penetrating a three meter thick brick wall) do not impair SCP-716 in any perceivable way.

The second transportation/movement form exhibited by SCP-716 has only been observed with human subjects on board. The probability of triggering this mode appears to be largely random, but is more common in cases of groups of five or more subjects. Subjects report that SCP-716 will suddenly “shift” and begin to move, rapidly accelerating to top speed. Outside observation will show that regardless of subject reports and received data, SCP-716 remains completely still. Once SCP-716 begins this form of transportation/movement, subjects become unrecoverable.

Consistent with a form of unknown radiation. This effect appears to emanate from SCP-716, and appears to expand the longer SCP-716 remains stationary in a location. Effects include:

Also of note is the behavior exhibited by individuals entering R.E.M. sleep within this “area of affect”. Subjects, after entering R.E.M. sleep, will begin to “sleepwalk” in the direction of SCP-716, even in individuals with no history of nocturnal disturbance. Subjects allowed to enter SCP-716 will enter the fetal position on the floor of one of the train cars, and continue sleeping normally. Groups of people entering in this way have been shown to be capable of triggering the second form of transportation/movement exhibited by SCP-716.

Report seeing a vast, empty plane of hard-packed earth. This plane appears almost totally featureless, and without any sort of border. The only feature of any kind is “a endless string of train cars, going from one horizon to the other.” This is assumed to be SCP-716. Tests have shown the environment to be totally sterile, and lacking in any source of water. The plane appears to go through a 72 hour day-night cycle, with what is reported as a “too large sun” and no moon.

Subjects are still able to send and receive radio and other transmissions but they experience a progressive breakdown in clarity, with communication rendered impossible after approximately one month. This same property is exhibited by communication devices within SCP-716 itself.
Exploration and testing have raised [DATA EXPUNGED: RELEASE BY O5 ORDER ONLY]