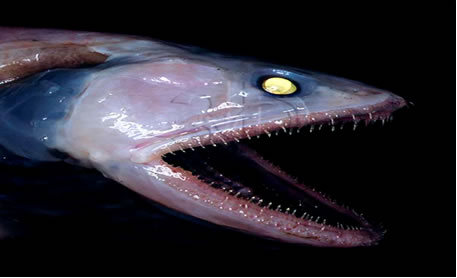 SCP-695 after removal from host

Units of SCP-695 are to be contained in fresh water tanks, with no more than ten members in any single tank. All water used in containment tanks is to be from an enclosed system separate from any outside system, with all water used being added manually to the system as needed. Tank seals are to be checked daily, with any sign of leakage, wear, or attack being immediately reported to Site Security and repaired.

Staff working with or around SCP-695 or the containment area are to be in full Haz-Mat gear at all times. Staff physically handling SCP-695 may do so only in ten minute increments, with a thirty minute break for examination and observation. Staff failing to clear examination are to be removed immediately to quarantine.

Any SCP-695 colonies found outside of containment are to be immediately sterilized. Any and all subjects found to be harboring SCP-695 are to be entered into quarantine for observation. Subjects found unsuitable for testing are to be sterilized.

SCP-695 appears to be a form of hermaphroditic parasitic eel. SCP-695 has a multiple-stage life cycle that uses human beings as its primary host. Investigation has shown that SCP-695 may be the result of genetic tampering, with several aspects of its physiology, behavior showing evidence of non-natural evolution, and several genetic sequences matching those of SCP-1238, SCP-1340, and SCP-1821. SCP-695 is capable of sustained survival outside of a host, but will seek out a host whenever possible, appearing to rely primarily on smell and electromagnetic sensitivity.

Juvenile SCP-695 are between 3 and 5 centimeters long, with an average diameter of 0.5 centimeters, and resemble the adult form, but with fully translucent skin and bones. Adult SCP-695 are between 10 and 15 centimeters in length with a diameter of 2 centimeters. Adults have thin, angular heads with several needle-like teeth, and flat eyes in line with the head. They have several hook-like fins down the length of their body, and can use these for both aquatic and land-based movement, as well as anchoring inside the body.

SCP-695 has a set of six glands along the spine, capable of emitting several enzymes and complex molecular compounds that mimic neurochemical signals. These chemicals have a marked effect on the human nervous system, and are capable of blocking and replacing conscious nerve impulses. The correct combination and dosage of these chemicals is still under investigation, but initial tests have shown that these chemicals can “short” and “redirect” action. (Example: Subjects will make a conscious effort to raise their hands, but instead will stand up). These chemicals metabolize within ten minutes without constant injection, and are untraceable by modern medical equipment. The espionage and military applications of these chemicals are currently under investigation.

Notes on recovery:
SCP-695 was initially recovered from ████████, Japan, after reports of an outbreak of “worms” reached the local media. The primary colony of SCP-695 was found [DATA EXPUNGED] freshwater. It appeared that the colony was attempting to migrate into city plumbing and sewage systems, but was prevented due to the topography of the lake. 27 SCP-695, 4 male hosts, and 1 female host were recovered for testing, with the rest destroyed.

NOTE: Release of Life Cycle notes is restricted to research staff, those working directly with SCP-695, and those above Level 3 Security Clearance.

The SCP-695 Life Cycle:
Juvenile SCP-695 exist free-swimming in freshwater lakes and streams. Juvenile SCP-695 will attempt to enter male human hosts when they are present in or around SCP-695 infested waters. SCP-695 will enter the body via the mouth, nose, anus, and urethra. Once inside the body, SCP-695 will infest the nervous and reproductive system and begin gestation into the adult form. This process typically takes between two to three weeks, and coincides with the compromising of the nervous system.

Infested subjects will begin to experience twitching, burning, intense thirst, light sensitivity, auditory/visual hallucinations, and increased aggression. Subjects will begin to experience a steady increase in libido, coupled with a swelling of the genitals. SCP-695, after reaching maturity, will begin spawning within the body, with eggs migrating to the urethral canal after being laid. Genital swelling will progressively increase with the build-up of eggs, and cases of tissue rupture have been noted. During the spawning period, SCP-695 will consume blood and nerve tissue from the host body.

When an SCP-695 host encounters a human female, SCP-695 will begin to exude several chemical compounds directly to the nervous system and bloodstream. Hosts will experience a massive increase in both aggression and libido, which most often results in the violent assault of the female. Hosts will attempt to sexually violate the female subject, which will cause a release of SCP-695 eggs into the female subject. Hosts will typically release 2-3 liters of eggs before breeding ceases. At the end of breeding, adult SCP-695 will begin to die off. Due to the necrotic tissue inside the host body, and the loss of SCP-695 created chemicals, the host will typically die within 24 hours of the final spawning.

SCP-695 eggs entering the female host will migrate to the digestive and reproductive systems. There, they will adhere and begin to gestate, hatching in 48-72 hours. Larval SCP-695 appear as long, thread-like worms between 4-8 centimeters in length, and may be visible in stool or vaginal secretions. SCP-695 will feed on tissues, blood and other body components, causing internal bleeding, abdominal pain, and infection. SCP-695 larvae will reach the juvenile stage after 72 hours, with progressive swelling and extreme discomfort in the abdominal area due to both feeding and physical size increase of the SCP-695.

SCP-695 are extremely resilient in all life stages, and are capable of indefinite survival in any environment present in the human body. Direct fire application has shown significant success in sterilizing both hosts and SCP-695.

Due to several accidents involving SCP-695 escape and infestation, further research on their physiology was ordered. Specifically, research was done on both the chemicals created by SCP-695 and the nervous system of SCP-695 itself.

It appears that, when in groups of 15 or more units, SCP-695 experiences a marked increase in intelligence. SCP-695 has a very highly developed nervous system for a parasite, and it appears that, with the sufficient amount of individuals, a form of group intelligence is formed. All individuals will stay in very close proximity, most often balling into a single mass, with chemical relays taking place over the skin.

This mass is capable of emitting chemical and electromagnetic impulses that can affect the human brain and nervous system. These effects can also run counter to the directed will of the subject. These impulses appear to most commonly manifest as a desire to handle SCP-695, enter and swim in the containment area, or ingest SCP-695. The obvious concerns about this activity have led to an alteration in SCP, and a change in research focus to the isolation and control of the chemical compounds involved.

Communication tests have met with limited success. While a form of will or “ego” appears to manifest with increased numbers, the intelligence is difficult to interpret in human terms. It appears reproduction, feeding, and expansion are the primary concerns. There also appears to be a tendency for SCP-695 to attempt to “prolong” its infestation of the human body, even when ready to spawn. It appears the electrochemical aspects of nervous system communication in the human body induce “pleasure” in the SCP-695.

Testing is at this point ongoing, with two sets of hosts scheduled for each spawning period. Current data shows that a new and more efficient method of cognitive alteration via SCP-695 chemicals may be viable within the year.