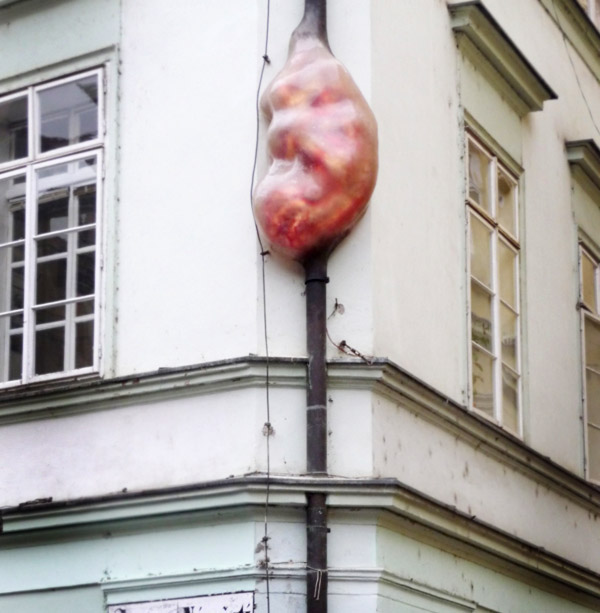 No living tissue is to enter the main containment area while SCP-673 is present. Dual air lock systems separated by decontamination and scanning cells are to be maintained at all times. Containment cell is to be immediately locked down during any maintenance or power failures, with release only after review by Site Security. Equipment exiting the containment cell is to be sterilized and remain in quarantine for a minimum of two weeks before being reused.

Independent instances of SCP-673 are to be severed and isolated as soon as possible after initial discovery. Evaluation of newly severed instances is to take place within five to eight hours post-severing. SCP-673 instances found to have no research, production, or other value are to be incinerated immediately after evaluation. Instances added to the main contained mass are to be recorded and logged with Central Records.

Any staff working in or around the containment area are to be placed in quarantine immediately after completing their given tasks. Observation of quarantined subjects is to continue for a minimum of two weeks. Any erratic behavior, growths, or other SCP-673 symptoms exhibited by subjects is to be reported to Site Command, with subjects being held for eventual evaluation.

SCP-673 is a mass of organic tissues, connected in what appears to be a totally random assembly. These tissues include recognizable structures, such as hearts, digestive tracts, blood vessels, and brain matter; however, many tissue structures are not identifiable by composition or purpose. Tissue structures are also noted for their increased size, appearing twenty to fifty times as large as their normal counterparts. Sample tests have shown the basic structure of SCP-673 to have no known counterpart among normal organics, and lacks any form of DNA or normal cellular composition.

Tissues appear to operate without the need for any outside stimulation or substance, with "hearts" beating for days with no blood or nerve connections, and "lungs" continuing to expand and deflate even when severed and fully submerged. Tissues, isolated from the main mass, will "grow" into surrounding structures, using what appear to be tendons or thin bone-like structures to penetrate and spread over walls, floors, and ceilings. Tissues will "operate" indefinitely, with no tissue decay normally associated with exposed organs.

SCP-673 appears to be infectious by an unknown means, with physical contact being the only constantly observed transmission method. Instances of "airborne" transmission have been reported, but are extremely rare. SCP-673 appears to "prefer" organic tissue, but will integrate with inorganic structures at a slower rate. Testing has shown that tissue integration appears to progress along loose guidelines in regards to inorganic structures. Pipes become veins and tracts, beams become bone-like supports, doorways become valves, etc. in a slow progression. The SHeLL project[2] has shown that, with sufficient space and ample amounts of organic materials, SCP-673 [DATA EXPUNGED]

Addendum:
[1] NOTE: ORGAN DOMINANCE RESULTING IN TISSUES WITH NO HUMAN ANALOG MAY PRODUCE UNIDENTIFIABLE BEHAVIORS. ALL RECORDS OF SUBJECTS PRODUCING NONHUMAN TISSUE ARE TO IMMEDIATELY BE REMANDED TO CENTRAL RECORDS. ALL SCP-673 SUBJECTS ARE TO BE OBSERVED AND RECORDED CONTINUOUSLY DURING CONTAINMENT.

Initial stage infection begins at point of contact in 96% of all cases. Physical contact with SCP-673 will cause subjects to develop a small rash at the point of contact, which will fade within two hours. Subject will start to exhibit erratic behavior 4-5 days post-contact, with said behavior becoming more pronounced as infection continues. Behavior varies between infections, with increased appetite, paranoia, inappropriate appetite, and increased libido among common symptoms. There is no consistent behavior progression or development; however, behaviors appear to relate to the end-stage organ dominance.

Mid-stage infection is variable, most often observed between 2-3 weeks after initial contact. Subjects will start to exhibit physiological changes, such as distortion of the physical frame, loss of hair/fingernails/skin, loss of bone density, lesions, abnormal bone growth, rash, increase/decrease of bodily fluids, and general muscle atrophy. Subjects will begin to exhibit "organ dominance", with one or several areas of the body beginning to swell rapidly and absorb surrounding tissues. Subjects behavior will begin to centralize around these areas (example: "stomach-dominance" subjects engaging in continuous gorging, "heart-dominance" subjects going into prolonged, violent and rhythmic spasms).[1]

End-stage SCP-673 sets in 5-6 weeks after initial contact. Subjects will begin full integration with the dominant organ growth. Subjects will typically lose locomotion and the capacity for speech at this stage. Subjects appear to no longer require basic human needs such as food or oxygen, and behave as a parasite on the main organ. Bodily tissues are absorbed and integrated by the forming SCP-673 organ body, with full absorption taking place 24-48 hours after end-stage onset. Any remaining will or mental capacity is deemed negligible at this point, with most "emotional manifestations" vanishing within 2 weeks.

Let it be noted that instances of "attacks" by SCP-673 masses are easily attributable to random organ spasms observed in nearly all instances of SCP-673. Listing these incidents as "attacks", especially in security documentation, is irresponsible to the point of dangerous, and will constitute disciplinary action in the future.

SCP-673 masses lack any appreciable nervous system in most cases, and "will retention" is nil. Incidents of "escape attempts" and "communication" are clear examples of anthropomorphism and misidentification, and are therefore not appropriate topics of study. Proposals to open "dialog" with nervous system clusters will be subject to Project Command review and discipline.

Dr. Kinder's "incident" should be a sufficient example regarding the need for professional detachment and logical thinking. A new project head will be appointed within the week, with Dr. Aarons taking interim control.