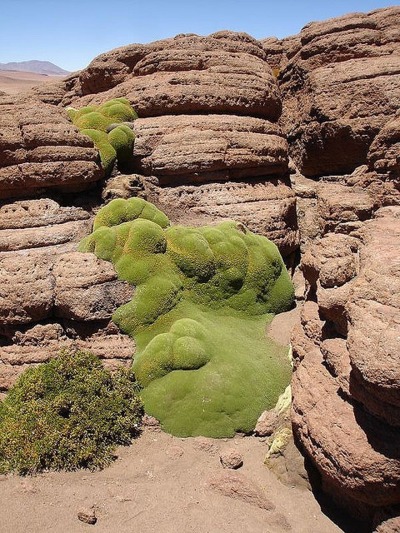 Formation of SCP-672 in the ██████ ██████ with open pores to allow photosynthesis to occur.

The sample kept at Research Sector-██ is to be maintained in a biodome suitable for desert life with accompanying scrub plants. Samples may be taken at the discretion of Dr. H█████. [REDACTED] is to have relevant data for the location of SCP-672 colonies uploaded. Any wild colonies are to have an MTF dispatched to enact procedure Lambda-6.

SCP-672 is a species of coral that grows in desert environments. The rich green color of SCP-672, making it appear as a plant at first glance, comes from a previously undiscovered but unremarkable species of zooxanthellae. The colony is extremely efficient with resources. Dead individuals are broken down and any useful components redistributed, leaving behind limestone that can only be distinguished from deposits formed by normal coral by the presence of [REDACTED]. When not active, SCP-672 polyps completely seal themselves within their shells and become nearly impossible to distinguish from surrounding rock formations. It is recommended that MTFs carry a copy of Document 672-12 as an identification aid when performing fieldwork relating to SCP-672. Outside of expansion events SCP-672 will periodically become active for brief times to either consume prey or to allow its zooxanthellae to undergo photosynthesis.

SCP-672 was initially discovered by a [REDACTED] in 19██: a sleeper agent planted in the team alerted the Foundation to a possible SCP species and attempted to direct attention away from SCP-672 as per standard procedure but was detained by his fellow researchers due to suspicious behavior. Agent D█████ attributed his detention as the primary reason for surviving the subsequent expansion event that killed the rest of the expedition.

SCP-672 feeds when an animal touches a polyp, either by chance or having been lured during an expansion event. The polyps with access to prey use a radula to tear off small pieces of food— test subjects report feeling like they have scraped their hand against sharp stone even when lightly touching SCP-672. Observation of injuries caused by SCP-672 feeding have shown the polyps to coordinate their motion to keep the damage consistent with a scraping injury. Polyps pass food around the colony via laterally placed holes in their shell, allowing the whole reef to stay fed. This feeding behavior is relatively harmless and subjects have successfully maintained prolonged contact with SCP-672 without severe damage. 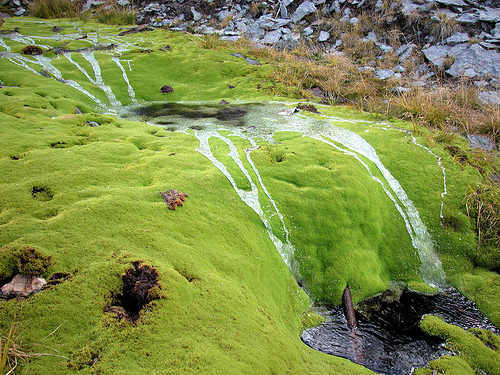 Formation of SCP-672 in ████████. Image taken by MTF prior to performing procedure Lambda-6.

SCP-672 only poses a real threat during an expansion event, during which the colony attempts to draw in as much prey as possible leading up to its reproduction. SCP-672 will begin emitting a pheromone that has been demonstrated to create a desire in vertebrates to move towards its source. Victims attempt to make as much skin contact as possible once they reach SCP-672, allowing it to feed upon them with maximum efficiency. Reptiles are most affected by the pheromone, some documented as being attracted from up to six (6) kilometers away while the maximum range of effect for birds and mammals is closer to two (2) kilometers. Upon cessation of pheromone production SCP-672 emits a cloud of spores, most of which settle on and around SCP-672 with large amounts collecting on prey caught upon the colony. Any surviving victims return to normal behavior once the pheromone disperses and will generally flee the area. Spores caught on these animals remain dormant until death and will grow to become a new colony on the corpse.