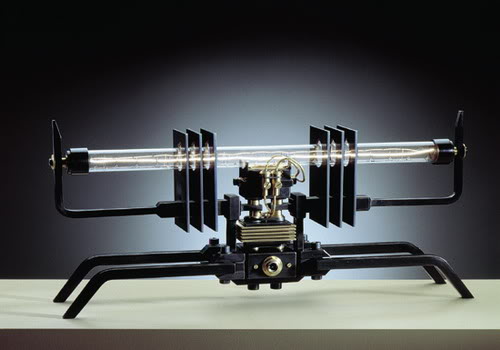 Any small instance of SCP-658 (measuring no more than 50 cm in the largest dimension), when not involved in experimentation, is to be stored, alone, within a steel box preferably kept closed via simple low-tech means, such as tying with strings or duct tape, or weighing down the lid. Boxes with external mechanical or electronic locks are to be avoided for this purpose; boxes with mechanisms accessible from the inside must not be used.

Larger instances of SCP-658 are to be destroyed as soon as possible.

Unless exposure is necessary for sake of experimentation, every instance of SCP-658 is to be kept at least 3 meters from all electronic devices, as well as all noticeably complex mechanical machinery; when in doubt as to whether an item belongs to such a category, personnel are to err on the side of caution. Devices affected by SCP-658, when not used for experimentation, are to be destroyed. Machinery affected by SCP-658 must not be connected to an electrical outlet for any amount of time.

Each instance of SCP-658 is an autonomous robotic device. Size and weight varies widely; specimens as small as 5 mm, or as large as ███ m, have been observed. Bottom half of each specimen contains four spiderlike, highly flexible legs and a single "eye". Appearance and structure of upper half is different in every SCP-658.

SCP-658 remain active at all times, despite appearing to lack any power source. While behavior varies between instances, when otherwise unoccupied most tend to explore their surroundings; SCP-658 are capable of running at varying speeds, climbing up even flat vertical walls, and swimming.

SCP-658 are capable of reproduction, achieved through "impregnating" other machines. "Machine", in this case, is essentially defined as any complex manmade mechanism. This includes items as disparate as wristwatches, typewriters, personal computers, motor vehicles, and - though rarely - other SCP-658. Impregnation is carried out via a poorly-understood process that requires only momentary physical contact. As a result of the process, an "embryo" will appear inside the machine (hereafter referred to as "host"). The embryo initially appears to be a featureless lump of plastic and metal measuring 1 mm, but develops and grows quickly within its host. As an embryo expands, it connects and incorporates increasingly more of its host's internal mechanisms into its own structure. The embryo partially takes on the task of maintaining the functions of its host, whose users usually fail to notice anything is amiss, and believe that the host machine is working no less effectively than usual; however, visible minor "glitches" and anomalies, as well as external deformation, tend to appear toward the end of the "gestation".

The embryo will also break down some of the host machine's internal components, both for the purpose of constructing its own body, and for weakening the host's structural integrity in preparation for "birth".

At the end of the gestation cycle (which takes a varying amount of time depending on the nature of the host), the embryo, now developed into a mature SCP-658, exits its host by ripping it apart. The new SCP-658 immediately assumes the behavior typical for other SCP-658 instances; in particular, it is immediately capable of reproduction. Size, form and behavior of the new SCP-658 depend on the host machine. See log below.