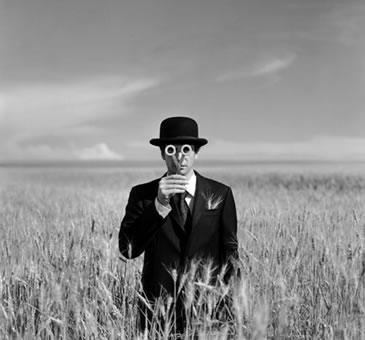 SCP-657 is to be kept in a room 8m x 8m at site 19 with a queen sized bed and any other reasonable furnishings as requested by SCP-657.

SCP-657 is allowed to freely move about the grounds of site 19, so long as SCP-657 is accompanied by at least one staff member of at least level-2 security. Following experiment 657/076, SCP-657 is no longer allowed to leave his room. SCP-657 is to be allowed additional leeway with requests for entertainment following this loss of freedom in order to ensure the mental health of SCP-657. Two staff members of at least level-2 security are to be stationed at SCP-657's room in order to monitor SCP-657 and ensure that he does not leave. Staff members are to avoid physical contact with SCP-657 unless it becomes necessary to restrain him or for his own safety.

SCP-657 is to be fed three meals per day, provided with a daily multivitamin, and given a supply of medication for the treatment of his arthritis.

SCP-657 appears to be a Caucasian male approximately fifty five years of age. SCP-657 is mostly bald, with a small amount of gray hair remaining. 1.75 meters in height, 77 kilograms. Subject prefers to wear three-button business suits, generally charcoal gray or navy blue in color, as well as bowler hats. All medical tests indicate that SCP-657 is an ordinary human male in his fifties of reasonably good health. SCP-657 prefers to be addressed as "Gustav" or "Mr. Nobel", but will also respond to his SCP designation.

SCP-657 displays the ability to predict the time of an individual's death with extreme accuracy. In order to make a prediction, SCP-657 requires physical contact with the individual. This contact need not be prolonged or invasive, a handshake is sufficient. The precision of SCP-657's predictions seems largely dependent upon how imminent the death is. When exposed to D-class personnel scheduled for termination the following day, SCP-657 was able to accurately predict time of death down to the minute without access to scheduling information. When exposed to individuals for whom SCP-657 does not predict death for more than a decade, SCP-657 is generally unable to provide more than the year of death. SCP-657 claims to be unable to determine any other information about the cause or circumstances of an individual's death. To date, all of SCP-657's predictions have proven accurate.

For unknown reasons, SCP-657 claims his abilities simply do not work on a small number of individuals, including Agent ███████, Dr. ██████████, and Dr. █████. Polygraph testing supports these claims. No common link between these individuals has been established beyond their connection with the Foundation.

Individuals exposed to SCP-657 often report finding him disquieting, unpleasant, or simply "creepy", regardless of whether or not they are aware of his abilities. Individuals who are aware of SCP-657's ability to predict death often attribute their discomfort to finding this aspect of him unsettling. Those who are unaware are usually unable to articulate a specific reason for disliking SCP-657.

SCP-657 was recovered in the city of █████████████████ in the United States. While employed as an undertaker at a large funeral home, SCP-657 became engaged in a heated argument with a subordinate with whom SCP-657 had previous disagreements. While correcting the subordinate's work, SCP-657 remarked "What does it fucking matter? You'll be dead before the end of the week." in front of several witnesses. Following the subordinate's death three days later after falling from the roof of his home, SCP-657 was arrested by the local police department on suspicion of murder. While being apprehended, SCP-657 made similar remarks predicting the death of one of the police officers involved in his arrest, who was subsequently shot by a suspect in an unrelated incident two days later in the evening, as predicted by SCP-657.

SCP-657 came to the attention of the Foundation when the local police made a request for federal resources to investigate any possible connection between SCP-657 and the officer's shooting. Arrangements were made for SCP-657 to be tried and convicted of the murder of his subordinate and conspiracy to murder the officer who apprehended him, and sentenced to death. SCP-657 was extracted into Foundation custody using the same procedures for securing D-class personnel.

SCP-657 was introduced to SCP-076-2 as a potential recruit for Mobile Task Force Omega 7. This was a pretense to allow SCP-657 physical contact with SCP-076-2. Upon contact with SCP-076-2, SCP-657's eyes rolled back into his head and he lost consciousness. SCP-657 remained in a comatose state for slightly over a week. Upon recovering, SCP-657 claimed to have no memory of meeting SCP-076-2. Polygraph testing indicates these statements to be accurate. Following this incident, containment procedures for SCP-657 have been amended to ensure that SCP-657 does not come into contact with any other humanoid SCPs. Further experimentation involving exposing SCP-657 to humanoid SCPs may take place only with O5 clearance.