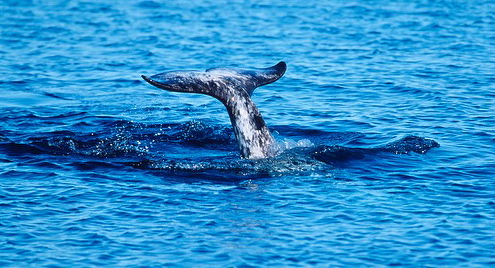 Cleaning of the habitat is assigned to standard Sub-Level custodial staff, to whom personal Plexiglas shielding is allotted in case of incident.

SCP-654, colloquially referred to as “Thunderhorn” by its handlers, is a male narwhal (Monodon monoceros), visually disparate from others of its species only in that its characteristic spiral tusk has grown in a clockwise helix from the jaw, rather than the counterclockwise helix found in all other examined narwhals to date.

The other, notably more significant unique quality of SCP-654 is its ability to emit sudden bursts of electrostatic discharge from the apex of its tusk. The discharge is reminiscent of lightning, and is accompanied by a loud crack of sound. While not particularly accurate, the tusk can be used to direct the discharge, and SCP-654 had previously been observed in the wild making use of this ability: the mechanism, heretofore referred to as the “Stephens effect,” after its discoverer, SCP marine researcher (now project head of SCP-654 studies) Dr. █████ Stephens, had been adapted for use in hunting harp seals, SCP-654 being so bold as to uncharacteristically attack adults of the species, and having developed a taste for the cooked flesh.

Discovered by the northern shore of Hudson Bay in late 1982, SCP-654 had apparently been separated from its pod by clashing ice floes. Current speculation is that, unable to escape through Hudson Strait, it had become frustrated, and tried to clear a path through the closed passage. Conservation officers operating in Polar Bear Provincial Park had documented an “Unseasonal lightning strike,” and had been sent to quash a possible forest fire. Having found only a large amount of strangely melted ice, and the charred remains of three polar bears, an incident report was filed, triggering an investigation by Sector-28 Northern operatives upon submission.

A full sweep of the bay was ordered, until SCP-654 was discovered. After a short corralling, it was sedated, placed into a porpoise stretcher, and airlifted to a park landing strip. From there, it was transported by privately-rented jet, sedated for the duration of the flight, to Sector-28, where it was held in the Sub-Level 13 flooded cavern until its habitat could be constructed.

While tracking the pod SCP-654 had belonged to, to determine whether similar mutations had presented themselves, researchers Robertson, Jones, and Voth discovered that Hudson Bay is not in the pod’s usual migratory path. Aside from the one recorded instance, it had carefully avoided the strait, most likely to avoid the conflicting ice floes.

Addendum 654-B Extent of damage

After a considerable length of time in containment, it has been determined that SCP-654 has no natural protection against its own ability, having caused itself harm several times thus far. Severe burns on and around the dorsal area are untreatable, as SCP-654 now responds violently to anyone except for the feeding crew, including Dr. Earles, and even then only long enough for feeding. Considerable damage to the containment area has also been noted: shortening or extraction of the tusk has been proposed.

Note: SCP-654 most likely avoided personal harm in the wild by hunting from a distance. If a larger containment facility can be provided, these problems should cease.

Note: Dr. Stephens’ objections have been noted, and overruled. Creation of a larger facility would require more resources than currently available. If difficulties persist, extraction will be considered.

Treatment of SCP-654 made possible by use of sedation, porpoise stretcher, and a small mobile crane. Veterinary crew have discovered significant damage to the underside of its fluke; cause unknown, but suspected to be self-inflicted. Prolonged sedation and bathing, with enteral feeding, is suggested to allow recovery.

Note: Upon further investigation, fluke damage has been identified as bite damage, most likely from another toothed cetacean. Not currently known how this went unnoticed during initial transport. Investigation pending. 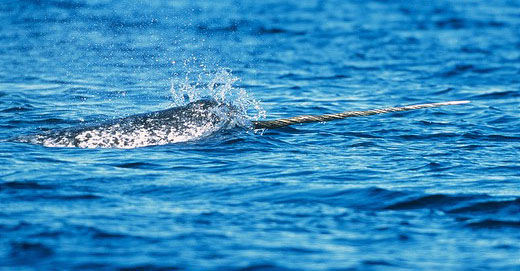 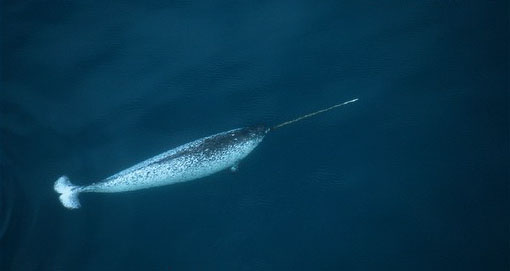