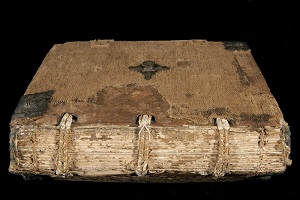 All ██ volumes of SCP-635-1 are to be kept in a dedicated library room at Site-██ with a climate controlled environment maintaining a constant 13 degrees Celsius and a humidity of between 35% and 45%. HVAC systems shall use HEPA filtration to keep atmospheric contaminants to a minimum. Lighting exposure to contained objects shall be limited to 50 lux a day. Experiments on original volumes of SCP-635-1 are discouraged due to their fragility and will only be approved in an attempt at recovery of lost data. A digital copy of the text of SCP-635-1 is available in standard encrypted format for research purposes with level 3 approval.

Personnel exposed to SCP-635-1’s text must be quarantined on-site until all symptoms of exposure cease, generally 72 hours after exposure. Such personnel must only be provided with tools and/or equipment as part of a controlled experiment in a secure environment.

Instances of SCP-635-2 and SCP-635-3 are to be contained in secure rooms with armored walls and disassembled when no longer being used for testing. Any instance of SCP-635-4 or greater is to be treated as an imminent containment breach and be neutralized immediately via Procedure Capek-Omega-635. 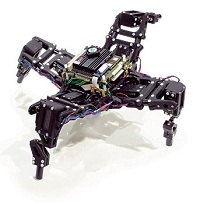 Instance of SCP-635-2 created by Dr. ████ during experiment on ██/██/████

SCP-635-1 is a set of ██ illuminated manuscripts dating from the 13th Century recovered by Doctor H████ S████ of ██████ University from the ruins of the ███████ Monastery in ███████, Ireland, in August of 18██. The manuscripts came into Foundation custody 36 years later in 19██, a decade after Doctor S████’s dismissal from the University for [DATA EXPUNGED].

SCP-635-1 is written in a combination of Latin and a previously unknown script that relies on numerical and logical elements similar to a modern computer programming language. The first volume is a primer in Latin, introducing the various elements of this script, and as the text progresses, the Latin is slowly displaced until the second volume is almost entirely in this novel language. The volumes increase in complexity until by volume ██ the text consists of solid blocks of numerical data that has undergone an extremely efficient compression algorithm. 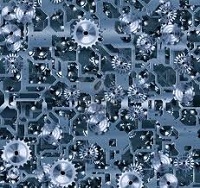 If a subject with a rudimentary understanding of Latin begins reading volume one of SCP-635-1, they will experience a growing reluctance to discontinue that is proportional to their general intelligence, reading comprehension, problem-solving aptitude, and mathematical ability. Those with Computer Science or Engineering degrees seem most susceptible. If the subject is allowed to continue reading, they will finish the first █ volumes of SCP-635-1 in approximately 12 hours. (Note: Post-exposure interviews reveal that long-term retention of material read during this period is minimal. When asked to explain what they’ve read afterwards, most subjects only report a general impression of something “really cool.”)

After completing the first █ volumes of SCP-635-1, subjects will enter a fugue state where they will stop reading and immediately search for tools and material to start construction of an instance of SCP-635-2. (Note: Post-exposure interviews reveal that subjects are conscious and aware during this period, and report that they felt a strong desire to “try some of this stuff out.”) Design and materials used in the construction of SCP-635-2 will vary based on the aptitude of the subject and materials and tools available. However, SCP-635-2 will always be built with a method to input the text of volume █ of SCP-635-1. Subject will continue to construct SCP-635-2s, and inputting SCP-635-1's text, to the best of their ability, until succumbing to exhaustion. If appropriate tools and materials are not available, this fugue state subsides, but the subject will feel a strong compulsion to make a backup copy of SCP-635-1's text "for safekeeping." (Note: In this instance, it is recommended to allow subject to make archive copy of the digital file to Site-██'s secure on-site data warehouse. Failure to do this may result in a security breach.)

Instances of SCP-635-2 are robots with varying means of manipulation and data storage. About 50% of instances constructed prove to be viable and autonomous. If an SCP-635-2 built by a subject proves viable, it will immediately begin construction of another SCP-635-2 based on its own design. Copies tend to be imperfect and have flaws, and about 80% of tests have ended with less than 3 viable SCP-635-2s before the machines run down and become inert. In the ██% of cases where more than █ viable SCP-635-2s have been created, the SCP-635-2s will change behavior and build an instance of SCP-635-3, a substantially more advanced robot that will have the capability of retrieving data from the remaining volumes of SCP-635-1. Once it retrieves what data it can, an SCP-635-3 is able to organize and direct SCP-635-2s and prevent them from prematurely powering down. Left unchecked, SCP-635-3 will disassemble elements of the surrounding environment for raw material for more robots. Once 2 or more viable SCP-635-3s are active, all robots will begin assembly of SCP-635-4. A viable SCP-635-4 will [DATA EXPUNGED] and it is unclear if this is due to hostile intent, or from data corruption to the content of SCP-635-1 due to age.