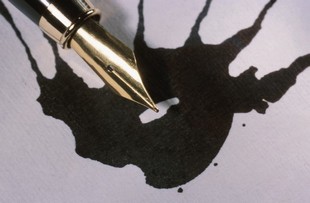 SCP-505 is contained in a 50 m x 40 m x 10 m room at Site-██. SCP-505's containment area is to be sealed other than one secure airlock and a series of pipes allowing transport of SCP-505-1 to storage tanks in the event of SCP-505-1 reaching levels in which it poses a danger to containment. Sprayers for 4 M NaOH are to be available through SCP-505's containment area and the rest of Site-██ to combat a containment breach. In the event of a spill of SCP-505-1, the affected area should immediately be covered with an absorbent material (commercial blotting paper is currently standard for this purpose) and doused with alcohol or acetone if NaOH is not immediately available. NaOH immersion is the method of choice for SCP-505-1 containment, followed by incineration of affected material if practicable.

SCP-505 is a Model ████ Faber-Castell fountain pen, produced in 2001. For documentation of its acquisition by the Foundation, see Addendum 505-2. It is identical in all respects to a standard fountain pen apart from its association with SCP-505-1. SCP-505-1 is the black ink produced by SCP-505, which exhibits the property of self-replication. SCP-505-1 spreads at a variable rate, affected by the substance it comes into contact with and the amount of SCP-505-1 present. Quantities of SCP-505-1 have been shown to increase at rates between 0.5 and 540 mL per second. Standard ink-removing chemicals are able to partially remove SCP-505-1 and inhibit its spread; however, sodium hydroxide is necessary to remove SCP-505-1 contamination completely, and has shown to be ineffective in environments with particularly high SCP-505-1 concentrations. Fortunately, the growth rate of SCP-505-1 appears to be inversely proportional to its quantity at high concentrations. Whilst the observed effects of this are negligible in most cases, this inverse growth phenomenon provides the only explanation for the partial containment of SCP-505-1 despite a number of cases of large-scale environmental contamination which were projected to otherwise lead to an NK-class end-of-the-world scenario.

Whilst SCP-505-1 exhibits no unusual properties other than its constant spread and partial resistance to removal, it nonetheless poses serious difficulties for control. SCP-505-1 will flow across non-absorbent surfaces and pass through porous surfaces in an identical fashion to normal ink. All liquid or solid objects or beings in contact with SCP-505-1 will be contaminated. SCP-505-1 will still adhere to non-porous surfaces such as metals, but newly produced SCP-505-1 will constantly flow off. Non-porous materials are thus catalysts for SCP-505-1 spread and all SCP-505-1 contamination should be covered in porous materials such as blotting paper for this reason. It is not possible to permanently contain SCP-505-1 in a non-porous container as said container's contents will gradually increase in quantity, leading to increased pressure and subsequent rupture. All containers being used to contain SCP-505-1 must therefore be drained periodically to prevent a containment breach. 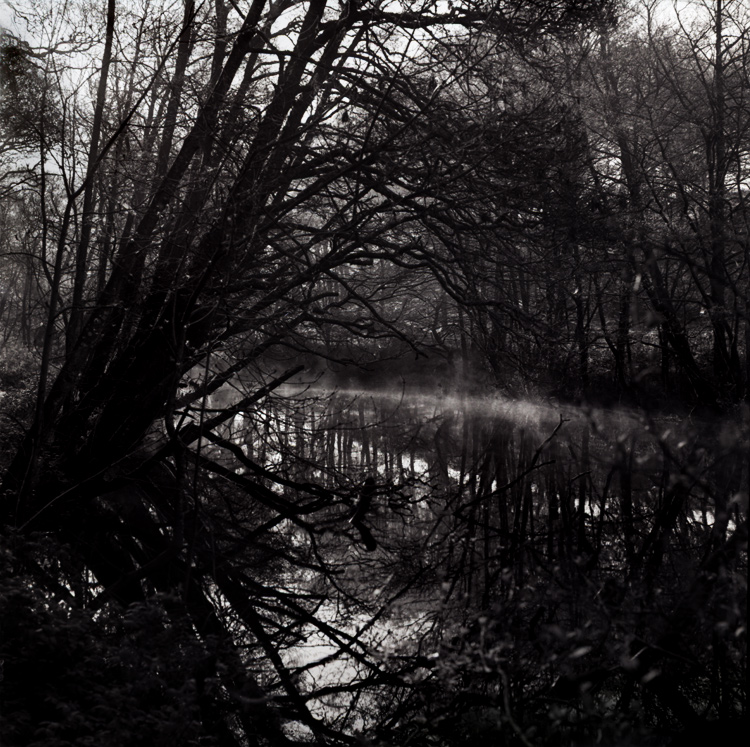 SCP-505-1's effects on its environment are identical to those of an equivalent quantity of standard fountain pen ink. SCP-505-1 exposure will inevitably lead to the death of living organisms; plant matter will be killed due to inhibition of photosynthesis, whereas animals will be killed due to chemical poisoning. In humans and other mammals, SCP-505-1 contact will most likely be via the skin, where it will spread until it reaches an orifice or a break in the skin and subsequently enter the vascular system through mucous membranes. SCP-505-1 will spread through the vasculature and have catastrophic effects on all organ systems it reaches, as it continuously replicates and is unable to be excreted by the urinary system. Cause of death is generally multiple organ failure, although in most cases affected individuals will be terminated and decontaminated prior to this. For containment procedures in these instances, see Addendum 505-1.

SCP-505-1 also has an increased rate of spread through non-viscous fluids such as water, as would be expected of normal ink. Any contamination of the water table with SCP-505-1 must be prevented at all costs, due to the potential for an NK-class end-of-the-world scenario. It is unknown whether SCP-505-1's aforementioned property of an inversely proportional rate of spread will manifest in fluids, as experimentation with such high quantities of SCP-505-1 is strictly forbidden. Thus, any environmental SCP-505-1 contamination in water sources must be met with immediate damming and drainage into storage tanks of all affected areas. Remains of duck contaminated by SCP-505-1. Affected wildlife must be euthanised to remove SCP-505-1 transmission routes.

SCP-505 was acquired by the Foundation from the town of ██████ in Oman, when the town in question was quarantined by the Omani government due to reports of a black fluid beginning to seep out from the town's post office and causing the deaths of a number of its inhabitants. Fortuitously the arid and remote location of the incident prevented wide-scale environmental contamination of SCP-505-1. The Foundation retrieved SCP-505-1 with ██ casualties. No other anomalous properties of the town's post office or the town itself were detected. It was deemed necessary to terminate ████ civilian inhabitants of ██████ who were deemed likely to be contaminated. The incident was reported as a non-extranormal chemical spill.