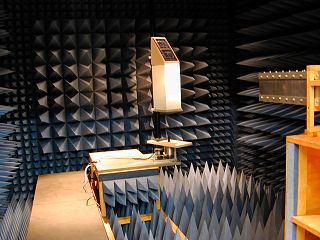 Site-415, located 142 km SSW of ██████, Wyoming, United States, has been constructed at the location of SCP-480's recovery, and is to be used exclusively for its containment. SCP-480 is to be monitored constantly for indicator signs of an impending fluctuation event.

SCP-480 is contained in a Type-3 standard observation chamber retrofitted with an early-warning system consisting of a spectrum of electromagnetic radiation sensors. Work stations and research staff are to be situated a minimum distance of 25m from the observed center of SCP-480. In the event of a likely significant expansion of the area of SCP-480, a D-Class subject is to be immediately prepared and secured in the observation antechamber located next to the primary containment unit.

Addendum 28-MIKE: To address concerns raised by research staff, a memetic pass-phrase system has been instituted to confirm that personnel are not currently under the effects of SCP-480. All personnel completing a shift at Site-415 must undergo memetic reality confirmation protocols prior to being signed out.

SCP-480 is a localized electromagnetic field generated by an unseen and as yet unknown source, capable of inducing substantial changes to human consciousness and physiology. 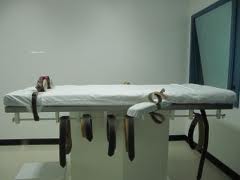 Observation chamber prior to introduction of test subject

While size and strength of the electromagnetic field fluctuate constantly, SCP-480 typically occupies a space of approximately 450m3 and usually is observed to be between 2.4T and 4.6T. SCP-480 is capable, however, of contracting and expanding substantially; it has been documented at minimums of 38.1µT and 18m3, and maximum values of 14.9T and 792m3. Although SCP-480 is 62% more likely to experience a major fluctuation event if no sapient organism is present within its area of effect, these events can occur at any time regardless of persons or materials present within SCP-480.

When a sapient organism is introduced into the area of SCP-480, it will undergo radical changes in sensory perception and mental function. Subjects placed in SCP-480 experience a mental state similar to dreaming during REM sleep, and become mostly unresponsive to outside stimuli. In this state, subjects experience the perception of a recurring period of time, either a recent event or a time perceived to be in the near future. Each recurrence begins in the same manner; for instance, if a subject finds themselves driving a car upon a particular section of highway at the beginning of a recurrence, they will always find themselves engaging in the same activity in each successive iteration thereof. However, subsequent events will differ in each successive scenario experienced by the subject.

Each recurrence experienced by those within SCP-480 consists of an event or series of events that will cause heightened sensations of existential dread and/or terror in the subject. Some recurrences end with the subject's perceived death, while others conclude with the subject simply losing consciousness due to unknown means. Regardless of the means by which recurrences end, the scenario experienced by the subject restarts in the exact same manner. Subjects apparently do not retain any memory of previous recurrence iterations. For a partial list of known recurrence scenarios, see Addendum 480-3.

Subjects will continue to experience the effects of SCP-480 as long as they remain within its area. Because of the nature of SCP-480's influence, subjects exhibit acute, unremitting signs of increased stress levels while remaining within the electromagnetic field, invariably leading to deleterious physiological effects. Removal of affected individuals from SCP-480 has invariably resulted in spontaneous cerebral hemorrhaging in subjects (usually occurring in the brain stem), causing brain death within minutes.

In regard to the procedural inquiry after Incident 480-14 and the loss of Dr. Herrera, the Site-415 Ethics Committee has, by a vote of 4-3, adopted the staff recommendation that Foundation personnel affected by SCP-480 be maintained as test subjects for the duration of continued life function.

While the effects of SCP-480 are undeniably distressing for those observing former co-workers, the correlation between presence of test subjects and reduced instances of containment breaches requires that personnel who would be lost to the Foundation in any subsequent scenario be employed to reduce risk to unaffected staff.

For record keeping purposes, personnel who are affected by SCP-480 are to be immediately considered deceased.