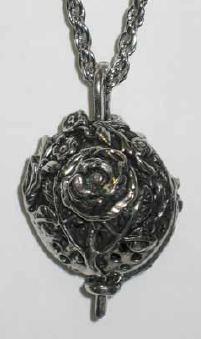 Photograph taken of SCP-427 while closed.

SCP-427 displays no means of self-locomotion or malicious intent at this time, and requires only minimal containment. Due to SCP-427's adverse effects, only medical staff of Class 3 or above may handle or utilize it.

All personnel using SCP-427 must record their total time using it in order to avoid unwanted mutations.

SCP-427 is a small, spherical, ornately carved locket made of a polished silver material. The ornate carvings do not seem to serve any function; it is unknown whether SCP-427's outer casing was crafted by sentients or not. Its circumference at its widest point is roughly 3 cm.

SCP-427 was created after placing a pill of SCP-500 in the Input booth of SCP-914 and using the Fine setting. It displays no unusual activity when closed. When opened, a small glowing orb is visible at the center. The orb emits no radiation or energy aside from the visible spectrum.

When SCP-427 is opened and exposed to biological tissue, it rapidly regenerates cellular damage and somehow is able to purge invading compounds or infections. As a standard of measure, the common cold takes 3 to 10 days to be worked through the human immune system and eventually removed. In the presence of an opened SCP-427, this time is reduced to 2 to 4 minutes. Its healing abilities are directional, so anything not in line of sight with the central orb experiences no effects.

However, long-term exposure produces a significant health hazard. As the locket heals damage, it optimizes the body's natural systems. Resistance to disease and toxins is increased by 500% compared to accepted LD50 or death-rate values after a total of 10 minutes of exposure, and 1000% after 15. After 15 minutes of exposure, muscular systems begin optimizing, increasing strength and pain tolerance by 200-300%. All other systems continue to optimize. Class-D personnel exposed to the device for over an hour total began mutating into a shapeless mass of tissue. The conversion time accelerates with continued exposure to SCP-427.

The "Flesh Beasts" (so named due to their appearance) created by SCP-427 are incredibly aggressive, attacking any and all personnel on sight with lethal results. They are highly resistant to most known weaponry, but can be disabled with sufficient shock trauma or heat in excess of 1100 degrees Celsius (2000 degrees Fahrenheit). Intelligence cannot be accurately gauged, but mapping of biological enhancement of the brain as a direct relationship with optimization of other systems suggests intelligence could exceed levels measured in humans when fully transformed. 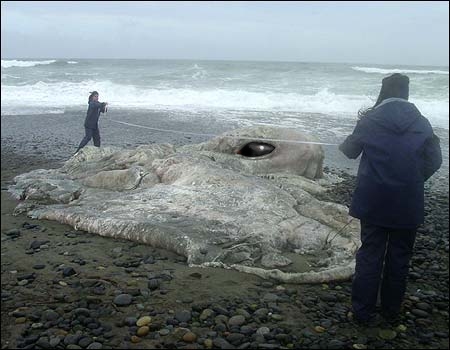 SCP-427 is currently being used as a partial replacement for SCP-500 pills, as it can cure most anything SCP-500 is able to. All "optimizations" imparted by SCP-427 are cumulative. Oversight has deemed the side effects an "acceptable risk" but users must carefully record their total exposure time as sufficient mutations are grounds for termination.