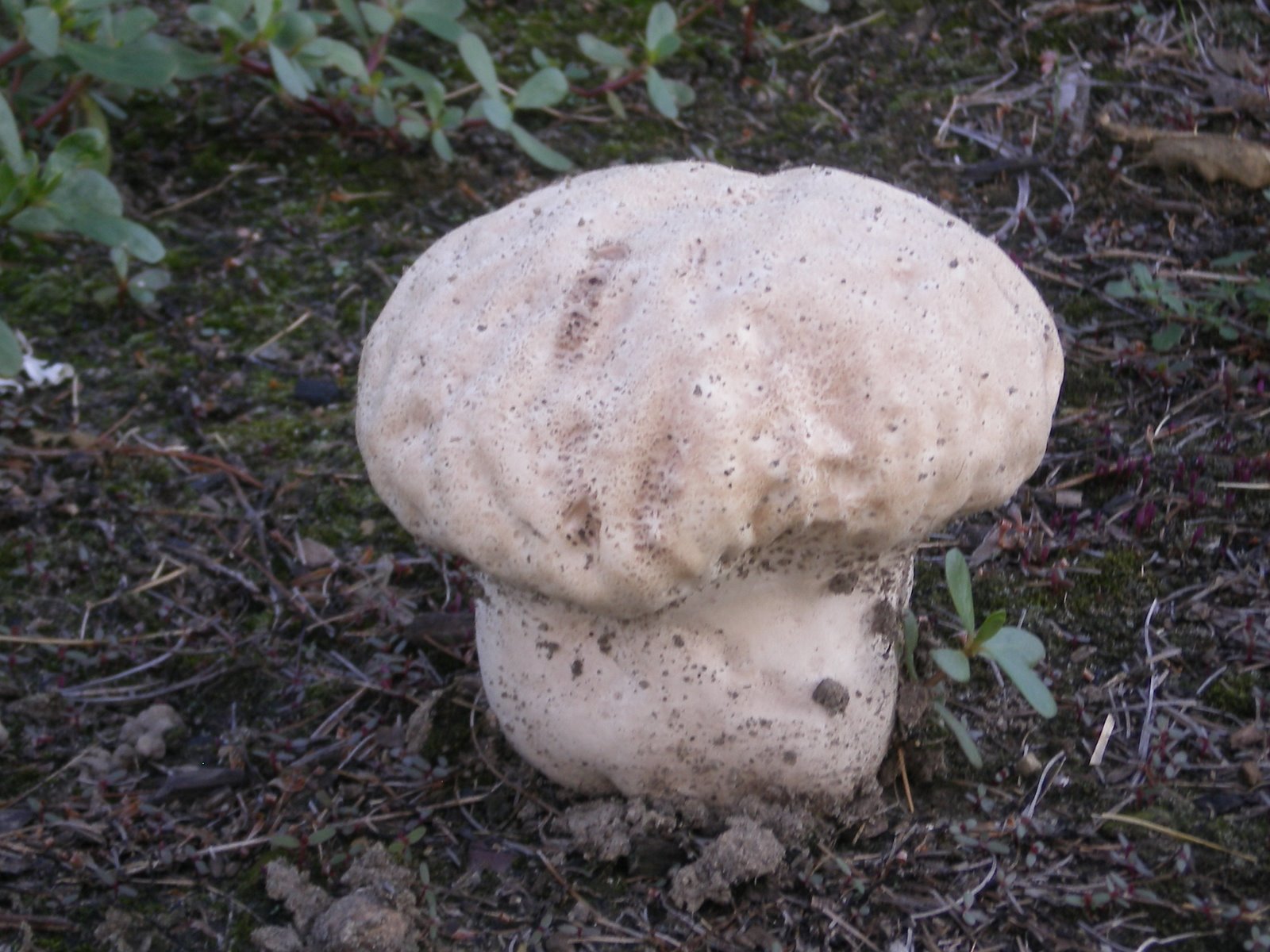 Single SCP-386 in the wild, photographed by Mr. ███ ███████. Recovered and contained by the Foundation after outbreak incident #386-22B

SCP-386 is a form of mushroom that appears to have highly regenerative processes, and is highly resistant to physical damage. Single units of SCP-386 grow from individual microscopic spores. These spores grow and reach maturity within four days. Spores have been observed to grow without water, sunlight, or any form of nutrients, and can remain viable even after exposure to high heat, vacuum, radiation, and extreme kinetic force. SCP-386 produces no hyphae, and the means by which it gathers the energy for growth is unknown. A mild acid (pH 4) appears to be secreted in small quantities by the cap, identification of which has been inconclusive.

Attempts to damage or take samples from SCP-386 have met with limited success. Units of SCP-386 have a texture and weight similar to sponge, but are extremely difficult to cut, puncture, crush, grind or otherwise physically damage. SCP-386 units can be compressed to 1/10 their original size, beyond which compression becomes almost impossible. Fire and extremely strong acids have been shown to break down SCP-386; however the spores have proven resistant to such measures.

SCP-386 emits between 50 and 100 spores every ten days after reaching maturity. Fully grown SCP-386 do not appear to age or rot, with some specimens remaining viable after 122 years. Containment is difficult due to the constant reproduction and emission of microscopic spores. Outbreaks of SCP-386 can over-run areas in very short periods of time, and the buildup of spores and acidic secretions can render the area extremely hazardous to life.

One of the dangers of SCP-386 arises from the inhalation of spores. These will grow and reproduce inside the lungs, causing suffocation, internal hemorrhaging, and death. The same is true of accidental ingestion of spores, and their subsequent reproduction inside the digestive system. Spore introduction to the blood stream results in severe internal hemorrhaging, trauma, and eventual death. Due to the microscopic size and extreme durability of spores, there is no "cure" for SCP-386 at this time.

Notes on recovery: SCP-386 was recovered after reports of a sudden fungus outbreak in ██████, Michigan. Several years before this, a form of nematode had started infesting local crops and causing massive damage. Local farmers made a concentrated effort, and eliminated 95% of the nematode population with pesticides. Shortly thereafter, a form of highly invasive mushroom began to sprout, immune to pesticides and very resilient to damage. Outbreaks were burned or buried, and generally ignored.

Local law enforcement responded to a concerned citizen, who reported that her neighbor had not been seen for several weeks. Police entered the residence, finding a massive amount of mushrooms covering most surfaces, with most localized in the bedroom. Human remains were found under a large pile of mushrooms, identified as the home owner. Agents responded after reports that all the responding officers died under identical conditions, with mushrooms starting to spread at an exponential rate.

Samples of SCP-386 were collected, and after several failed attempts at outbreak containment, the area was firebombed. Area was monitored, and a new outbreak incident occurred after four days. Full containment and sterilization was enacted, with five additional outbreaks occurring during this process.

It has been determined that the species of nematode eliminated by local farmers was a major predator of SCP-386, the removal of which allowed the population explosion. Attempts to find surviving members of this species have been unsuccessful.