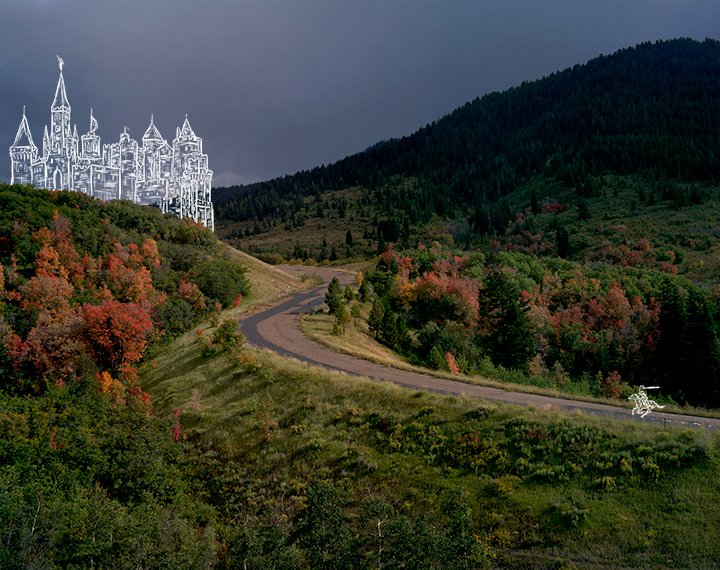 Due to difficulties inherent in containing SCP-277, it has been placed under a Level-█ lockdown. Activities of the residents of SCP-277 must be monitored by no less than ██ embedded agents, and civilians are not to be aware of Foundation presence or influence. Any attempts to contact civilians within SCP-277 by those outside SCP-277 must be investigated. Personnel must undergo psychological screening before being assigned to SCP-277.

SCP-277 is a moderately populated town in ████, █████. The principal anomaly within SCP-277 are apparitions found throughout the area that seem to be images projected from children’s thoughts, or imagination. These are collectively referred to as SCP-277-1. Incidents of SCP-277-1 appear as figures ‘drawn’ in white outlines, with no physical substantiality of their own. The size, ‘style’ in which they are ‘drawn,’ and the complexity of the projections vary from child to child.

Pre-pubescent children are the only individuals capable of producing such incidents, and the process of projecting one seems for the most part to be unconscious and involuntary. An average of ███ incidents of SCP-277-1 are present at any given time within the area; a largely comprehensive catalogue of pre-pubescents and the designation of their projections may be found in Document 277-██. While embedded Agents are requested to report potentially uncategorized children to their supervisors to be examined, due to the size of SCP-277, the pre-pubescent population there within, and security complications, this is recognized as occasionally unfeasible.

Incidences of SCP-277-1 are capable of interacting with each other, although physical objects pass through leaving no damage to either party. Children frequently play with their projections, and the existence of SCP-277-1 is regarded as normal by residents of the town.

Civilians in SCP-277 claim that the projections have been present within the town since its colonization. This claim is dubious at best, as there are no records of the Area’s existence before the year 2███, and the towns immediately surrounding the Area deny any knowledge of the city. Testing of members within SCP-277 revealed that their dental, fingerprint, and DNA records correspond with no recorded population databases. When under questioning, civilians denied having memories of living or traveling anywhere but within SCP-277. 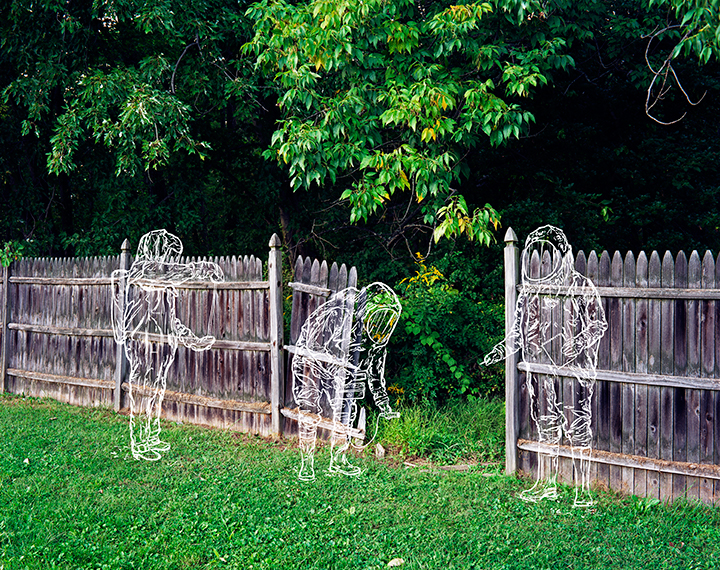 
OPERATION 277-██████ UPDATE THE FIRST: Attempt #█ to evacuate SCP-277 has commenced on 6/15/██. Small changes were made to the previously detailed methods of evacuation, namely [EXPUNGED] in hopes of avoiding what may have caused previous failures. Documents outlining past attempts to remove civilians from SCP-277 may be found at [DATA EXPUNGED]. Residents continue to deny any memory of previous evacuation attempts. Personnel members involved in previous assignments involving the suppression of SCP-277-1 and SCP-277-1-█R in particular seem to have been [REDACTED] more trained personnel and Class-D subjects are requested along with the necessary medical equipment in the event of another such incident.
OPERATION 277-██████ UPDATE THE SECOND: As of 6/23/██, Operation 277-██████ has proven unsuccessful due to [DATA CORRUPTED]. SCP-277-1-█R demonstrated the ability to render mental damage not only to pre-pubescents, but to physically mature Agents. No further evacuation attempts are to be carried out. Level-█ Lockdown suggested.
-Dr. R█████

Foundation personnel have been unable to trace the source of File Operation 277-██████. Foundation databanks have been unable to produce an unexpunged copy of the file. No personnel or civilians in the area are able to recall any attempts made to evacuate, and the legitimacy of the file has been called into question multiple times. As per common consensus, however, no further evacuation efforts have been planned. Furthermore, it has been discovered that when a resident of SCP-277 leaves the area for over ██ minutes, they are violently [REDACTED] and then may be found within the area with no memory of departing from the Area.

Addendum 277-A As of 9/14/██, an unaccounted-for SCP-277-1 was photographed in the local library by a Foundation Agent. No one in the vicinity claimed to be responsible for the projection. As the appearance and actions of incidents of SCP-277-1 are often telling of a child’s psychological profile, efforts are being taken to identify the owner of these projections, designated SCP-277-1-R█. Projections that match the image shown in ‘drawing’ style or behavior are to be reported immediately.

Inquiries made to civilians regarding the incident on 10/5/██ have returned with mixed results. A number of the residents claim that they had never witnessed such an occurrence before and expressed desire for Foundation officials to quickly identify and prosecute the perpetrator. Others claim that similar events happen periodically every █ years.
Personnel staffing SCP-277 have expressed discomfort when dealing with members of the town. They smile too wide, as if this entire place is just a fairy tale and that massacre was just part of their happy ending.
-Agent J███