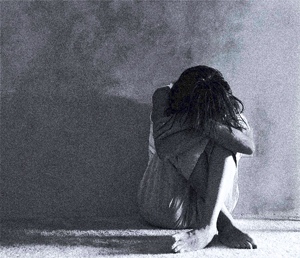 SCP-273 is held in an enclosure 5 m x 10 m in size, half of which is closed off for the subject's privacy. All major structural and facing materials of the cell are of fireproof and non-thermally-conductive materials. A bedroll and other modest furnishings are allowed, provided they remain in the private section, and that all consumption of food be performed in the adjacent area.

All windows from the observation room into the enclosure are composed of heat-treated glass of at least 1 cm total thickness, with an insulated gap in between. Heat and infrared sensors in both enclosure and observation are set to produce an alarm if any temperature exceeds 50 degrees Celsius. Observing staff are required to evacuate the room in such an event.

Food in the form of raw meat must be provided every 12 hours for consumption, at least 2.5 kg per feeding. Other foods may be provided at SCP-273's request, provided good behavior continues. All clothing provided to SCP-273 must be either flame-resistant in nature, or be of inexpensive make and fabrics.

SCP-273 is not to be interacted with in person if it has not consumed a meal of raw meat of at least 2.5 kg mass within the last 12 hours.

In light of Incident 273-02, alcoholic beverages in excess of 50% alcohol by volume must not be provided to SCP-273, nor should any other flame accelerants be provided. All staff interacting with SCP-273 must be armed with non-lethal defense measures. Lethal force should not be used.

SCP-273 resembles a middle-aged woman of Indian descent. DNA samples and medical tests indicate SCP-273 conforms to human normal in all other respects, despite the subject's abnormalities. SCP-273 feels no need to eat or drink, but is perfectly capable of doing so. SCP-273 has generally shown willing compliance and cooperation with the Foundation's containment and requests.

SCP-273 suffers from what it describes as a "hunger", which requires regular feeding every 12 hours. This hunger satiates itself through a form of remote combustion. This produces no visible flames, instead oxidizing the subject from the outside in until reduced to a fine white ash. Metals are not consumed, except under special circumstances (see Incident Report 273-03).

When tested, the hunger demonstrates a preference for meat over other organic matter, especially live human subjects. SCP-273 exhibits no signs of conscious control over its satiation, and becomes upset upon consuming live animals. In response to testing with D-class personnel, SCP-273 screamed at obse[DATA EXPUNGED]sed into the corner of its private enclosure and refused to enter the front partition for 12 hours.

Addendum 273-01 In the event of SCP-273's death, the body becomes the center of a large conflagration, marked by a central pillar of approximately one meter in width and extending far upwards. After the initial flames subside, all that remains of SCP-273's body is a pile of white ash, with a corona of faint blue flame. The flame is not extinguishable through oxygen deprivation and requires no fuel.

Over the course of several hours, SCP-273's body slowly reforms from the ash pile by consuming any source of raw material nearby, including the surrounding air. In this state, slow consumption of inorganic material has been observed. The new body resembles the old in all ways, with no signs of injury or illness. When SCP-273's body is completely reformed, it awakens, with no memory of events after its recent death.

The Foundation received reports of a thin pillar of flame exceeding 70 m in height, and resulting wildfires, witnessed in the vicinity of ████████████████. Due to the anomalous shape and duration of the flame, a small MTF was dispatched to the location.

Bodies of two deceased Caucasians, one male and one female, were found at the point of origin of the fires, the cause of death later determined to be severe 3rd degree burns. SCP-273 was found shortly thereafter, unclothed and covered in white ash, standing over a deer carcass, which radiated anomalous amounts of heat. Carcass crumbled to ash and coals at a touch.

SCP-273 was cooperative at this juncture, and followed the task force out. SCP-273 was then transported to Site-██ for evaluation and containment.

Partial Transcript of Interview with SCP-273:
Interviewer: Dr. ████.
Foreword: SCP-273 had been obtained the day prior and introduced to a temporary holding cell in Site-██. A video camera situated behind Dr. ████ provided visual records of the interview.

SCP-273: You are saying then that I will be kept safe here. Away from people.
Dr. ████: Yes, 273.
SCP-273: Thank you. And by the way, my name is ███████████. You may use that instead.
Dr. ████: Noted. [pauses, shuffling of papers is heard.] What was the first thing you remember, from when you were younger?
SCP-273: [long pause, followed by sharp inhalation] I woke up surrounded by flames and covered in ash. It was the first time, I think.
Dr. ████: You remember nothing else from before that? How long ago was this? How old were you?
SCP-273: Is it not proper to only ask only one question at a time?
Dr. ████: Answer the questions, please.
SCP-273: I, I don't. It was a very long time ago. Probably [DATA EXPUNGED].
Dr. ████: And how old were you?
SCP-273: 3█ years, that much I remember. And [pause] I think I had made some great mistake. Perhaps that is why I am what I am now.
Dr. ████: And what are you now?
SCP-273: A demon.

Note: The preceding interview transcript omits 3 min 7 sec from the beginning and all parts after the last line for a reason. Level 3 clearance or higher is required for access to the original recordings. Know that SCP-273 admitted in the former omitted fragment to involuntarily killing the two deceased subjects found near her point of extraction. SCP-273 also identifies the victims as old friends.

Staff members working with or observing SCP-273 are to be reminded of this fact, and of procedure for working with humanoid SCPs in general. -Dr. ████

Agents █████ and ██████ entered the enclosure of SCP-273 with intent to question regarding ████████████. SCP-273 had earlier been granted a bottle of Bacardi 151 for personal use, by Agent █████. It had been 12 hours and 37 minutes since the last scheduled feeding. Upon the agents' entry, SCP-273 demanded they leave. When they did not at first, SCP-273 became agitated, shouting at them and gesturing frantically. Less than one second after they secured the door, the bottle of Bacardi was observed to [DATA EXPUNGED].

[DATA EXPUNGED] extreme damage to SCP-273's enclosure and observation room due to flames of unprecedented strength. Recorded temperatures exceeded ████ degrees Celsius. Agent █████'s death will be handled as per normal procedure. Agent ██████ is still in recovery as of this writing. SCP-273's ashes have been contained in an air-tight, fire-proof safe. The damaged enclosure is to be repaired for future use in containing other SCPs.

The fireproof safe was found to be ineffective in containing SCP-273. Severe corrosion damage to the interior and hinges of the safe led to breach of containment, followed by the resumed revival of SCP-273. 3 kg of raw pork was left in the room, and the door secured. Upon awakening, SCP-273 appeared disoriented, but consumed the offered meal as expected. SCP-273 then requested to return to its original containment. As said enclosure has since been repaired, this request will be carried out immediately.

Addendum 273-03-2 SCP-273's activity has changed drastically since the death event. It rarely leaves the private partition of its enclosure except to feed, and refuses to speak. Surveillance using ███████ shows that SCP-273 barely moves when on its own, either sleeping or sitting against one wall. It shows classic signs of depression, despite having no prior indications of such a condition. Recommending close observation for any additional changes in behavior.