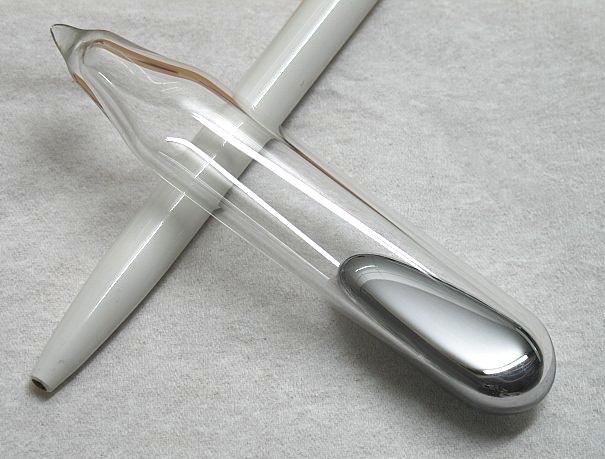 SCP-214 is to be contained in a 4 by 4 meter quarantine cell suitable for long term human habitation within Bio-Research Area-12. It is to be considered an etiological agent of a level four biohazard. Level four biohazard containment requires clean rooms, pre- and post-entry decontamination showers, and a vacuum antechamber. All air and water sources to SCP-214's containment area are to be isolated from the rest of the area. All employees entering SCP-214's containment area must wear hazmat-suits with self-contained oxygen supply and supplemental cut-resistant liner. The cell shall be under continuous observation using remote video surveillance. SCP-214 is to be considered a danger to itself and others and shall not be allowed to possess potentially dangerous utensils. Due to SCP-214's distinct perception of pain, guards shall not cause physical injury to it except under the direction of Level 2 staff.

Beyond the above procedures, all personnel intending to interact with SCP-214 are to undergo psychological evaluation. Any employees with prior history of depression are not permitted to interact with it. Regular sessions of psychological observation are to occur post-research on all participants. Any personnel exhibiting two or more of the following symptoms during observation are to be quarantined immediately in identical containment to SCP-214:

Research staff is heavily encouraged to read Log-214 and Interview-214 before conducting experiments, as a precautionary measure.

SCP-214 is male, age ██, formerly Agent █████ of the Foundation. Physical and mental changes were noted after investigation of Incident ███ at ██████ Public Library, MA. Containment of SCP-214 is detailed in [REDACTED]. A physical examination of SCP-214 shows the replacement of most bodily fluids, including but not limited to blood, vitreous humor, seminal fluid, and cerebrospinal fluid, with a mercury-like substance. Chemical analysis shows that the substance is a suspension of complex organometallic compounds in a protein- and lipid-enriched serum, but so far, nothing more can be ascertained of its origins or purpose. Most bodily functions were observed to no longer be active in SCP-214, though the related organs still exist in a preserved state within the body cavity. This includes the brain, which no longer shows activity on electroencephalography. It shows notable selective regenerative properties, some injuries vanishing within moments of infliction while others remain unhealed, even after a period of time in which a normal human would have recovered. SCP-214 does not experience pain normally, instead reacting to it as pleasure with no regard to physical damage to its body. Objects have been noted to disappear in the vicinity of SCP-214. There is currently no known method of recovering lost items.

Addendum 214c Researcher ██████ has been detained after showing symptoms identical in nature to SCP-214 at the conclusion of L214. Containment procedures have been updated to reflect the contagious nature of SCP-214.