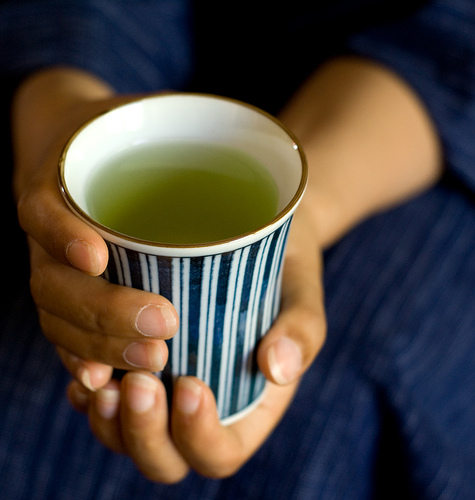 SCP-198 in its current form

SCP-198 is located in a secure room of Site-██ with armed guards posted outside to prevent any unauthorized access. SCP-198 is to be stored under 24-hour video surveillance in a sealed and locked case (0.5 m x 0.5 m x 0.5 m) and the key kept in a secured location accessible only to those personnel with Level 3 clearance and above. Under no circumstances are any Foundation personnel to handle SCP-198. All handling of SCP-198 is to be done via remote robotic means or by D-class test subjects only.

In light of Incident 198-A and Incident 198-B, Object Class has been elevated to Euclid and Containment Protocol 198 has been established. SCP-198’s case must now be kept on a digital scale attached to an alarm system with redundant backups for power in its secure room. Any deviations in weight will indicate a breach and Site Supervisors must immediately enact Containment Protocol 198 detailed below.

SCP-198 has taken numerous forms since coming into Foundation possession in 19██. Since acquisition, SCP-198 has been observed to have had dozens of different forms including a Styrofoam cup, █████████ brand glass beer bottle, ██████ and ████-████ brand aluminum soda cans, an oversized shot glass that read “One Tequila, Two Tequila, Three Tequila, Floor”, a plastic water bottle with a █████ label partially peeled off, and [DATA EXPUNGED]. These forms always appear partially filled with the expected liquid a vessel of that type would contain.

Currently, SCP-198 appears as an ordinary white, porcelain coffee mug with blue, vertical stripes evenly spaced around its exterior. There are no visible manufacturer markings or otherwise remarkable details about its appearance in its current form. The object has resisted all attempts at destruction or sampling for further analysis. When inactive, SCP-198 can hold the expected 240 mL (8 fl oz) of liquid that any standard coffee mug would hold.

Anomalous behavior does not manifest until a live human being grasps SCP-198 to hold it. Approximately 2 - 5 seconds after the SCP is held, it will instantly bond itself through unknown, albeit painful means to the handler’s hand or hands. Test subjects have reported the pain of bonding with SCP-198 as a “searing” or “fiery” sensation, though no heat can be detected by outside observers or instruments. The use of gloves or other barriers between the object and the hand does not prevent the bonding process so long as the subject can still grip SCP-198. Extensive testing has revealed that the bond appears to be at the molecular level and is permanent until the death of its holder. To date, no means have been found to break the bond including cutting or severing the fingers or hand of the holder as any wounds below the wrist of the test subject heal instantaneously. Further proposed testing of the range of healing up the handler’s arm is pending approval.

Once bonded, any liquid inside SCP-198 will disappear and the container will inexplicably begin to fill from the bottom-up with a fluid or a semi-solid material, stopping only once it reaches the top of the container. The liquid or semi-solid is different for each holder, but it has to date been a bodily fluid or human excretion in each test instance. Such instances have included human saliva, sweat, blood, bile, mucus, urine, feces, and [DATA EXPUNGED] as well as combinations of two or more of these.

Once SCP-198 has filled, the holder will undergo rapid dehydration and/or emaciation, becoming increasingly malnourished to the point of death, which usually occurs within 24 hours if nothing is done to prevent it. Ingestion of standard foods, liquids, or I.V.-supplied nutrients does nothing to reverse or slow this process. Testing has revealed that the only means by which the subject can gain nourishment is by consuming the contents of SCP-198; however, the constant rate of dehydration and emaciation remains the same, forcing the test subject to consume vast quantities of the excretions almost constantly to remain alive. As the contents are consumed or – as is often the case – dumped out of the container, SCP-198 will continue to refill itself automatically. Test subjects have lasted as long as 70 hours by consuming the excretions before finally succumbing to exhaustion or refusing to consume any more of the contents, which invariably leads to death.

Upon expiration of the handler, the bond with SCP-198 is broken and the object can once again be manipulated. In approximately 75% of test instances, SCP-198 will disappear once the bond is broken and reappear almost instantly on a nearby flat surface, seemingly with a preference for tables or shelves within the same room, and take on a new form. Approximately 90% of these reappearances of SCP-198 is within the general vicinity of the now deceased handler, but several times the object has been observed to reappear in nearby containment rooms, observation rooms, and in one case [DATA EXPUNGED]. Due to the catastrophic nature of that incident, extreme care is to be taken when in proximity to SCP-198’s containment or testing room. Foundation personnel are urged not to bring with them any beverages or containers within 100 m of SCP-198’s containment room even when the object is not actively being researched.

SCP-198 was acquired by the Foundation from an underground bunker in ███████, Germany, after the bunker’s accidental discovery by construction workers. Reports of strange activity and deaths among the construction company regarding this bunker brought the object to Foundation attention. Agent ██████, upon responding to the location, discovered several deceased and grossly emaciated corpses, both recent and some quite old. Unaware of the nature of their deaths or the SCP in question, Agent ██████ sealed off the area and awaited back-up. It was then that the nature of the SCP object revealed itself as the Agent mistakenly grabbed what appeared to be an unopened bottle of water from a table at the construction site. Backup arrived to find an extremely agitated Agent ██████ vomiting and struggling to remove from his hand a cup full of fresh [DATA EXPUNGED]. Agent ██████ later self-terminated during location clean-up.

Date: ██-██-20██
Location: Site-██
Description: At approximately 2:15 PM, Researcher John ██████, who was working in an observation room adjacent to SCP-198’s containment room, reached for what he thought to be his thermos of iced tea only to discover he was firmly bonded to what appeared to be SCP-198. Immediately, Researcher ██████ notified Site Supervisors who, upon inspection of containment room 198, discovered that SCP-198 was indeed missing from its case. At least 3 months had passed since the last experiment had been conducted on SCP-198 without incident. Researcher ██████ was interviewed by Site staff and was kept alive by consuming the contents of SCP-198 for 31 hours before finally refusing to drink the contents any longer.

Date: ██-██-20██
Location: Site-██
Description: At approximately 8:00 AM, Security Guard Albert ████████ stopped to get a cup of coffee from a break room later determined to be located three floors underneath and two hallways over from SCP-198’s containment room. The guard found himself bonded to SCP-198 when he attempted to grab a bottle of dairy creamer from the break room refrigerator. Once again Site Supervisors were notified of a potential containment breach and discovered SCP-198’s case to be empty. Guard ████████ was interviewed and chose to self-terminate rather than consume any of the contents of SCP-198.

Immediately after Incident 198-B, Site Supervisors determined that the Object Class should be raised to Euclid and Containment Protocol 198 was created to handle future containment breaches.

Containment Protocol 198 is to be executed immediately by Site Supervisors after a containment breach of SCP-198 is detected. In the event that the alarm attached to SCP-198’s scale is sounded, Site-██ is to be locked down and all personnel are to immediately avoid any beverage containers and evacuate the facility until SCP-198 can be located and properly secured.