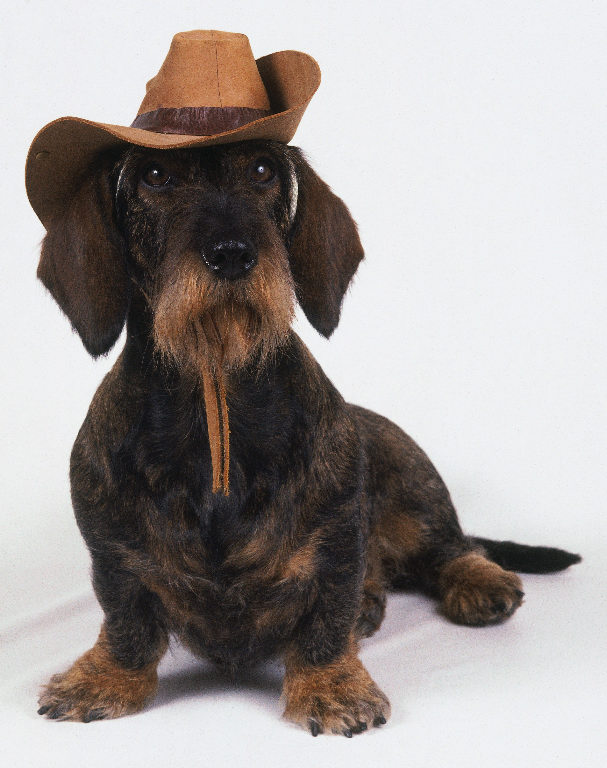 Here, Agent [EXPUNGED] poses for the camera. Despite his appearance, he is a 33-year-old human male with dark hair and blue eyes. The 'Host' identity of SCP-180 is that of a wire hair dappled Dachshund.

All head wear (including hair clips and bows) is restricted in Reliquary Research and Containment Site-76 for all outside security. Anyone violating this rule is subject to complete physical search, auditing of travel within Site-76, and DNA identity testing.

SCP-180 is not to leave its research laboratory. The current appearance of SCP-180 is to be reported to Security daily. Security is to be notified immediately should personnel encounter someone they don't recognize in their department, performing or dressed as if they belonged there (as their identity might have been stolen).

SCP-180 appears as a hat or other form of head wear or hair accessory. Any individual who places SCP-180 on their head will have their identity 'stolen' by the hat. This effect causes the original host to be completely unrecognizable, even to people strongly familiar with the subject. Individuals observing a subject who has had their identity stolen will only be able to vaguely describe features of the individual such as hair and eye color, skin tone, and clothing, but will not be able to recognize the identity of the subject. Host subjects are unable to convince others of their identity. This effect lasts until SCP-180 has selected a new host.

Once SCP-180 has stolen the identity of a host subject, when SCP-180 is placed upon any other subject's head, the identity of the first subject (host) is imprinted on the second subject. This is possible not only for people, but for animals and inanimate objects. For example, subjects have mistaken dogs, statues, and coffee tables for the host of SCP-180 when the hat is placed on these objects. 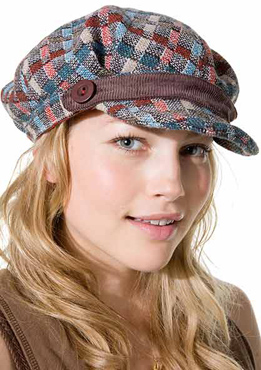 What appears to be a young woman is, in reality a 4-year-old Bornean Orangutan.

SCP-180's appearance changes upon changing host. However, the effect is only visual. The object has appeared as a top hat, a skull cap, a baseball cap, a bandanna, a hair clip, a hijab, and a motorcycle helmet, amongst other objects. Imaging using MRI and 3D ultrasound has shown that SCP-180 is in reality nothing more than a worn length of linen or cloth resembling a veil or shroud. Placing SCP-180 on the head properly actually covers the face. Research has been unable to explain how and why radiation (visual and infrared) is manipulated by SCP-180 to produce false images.