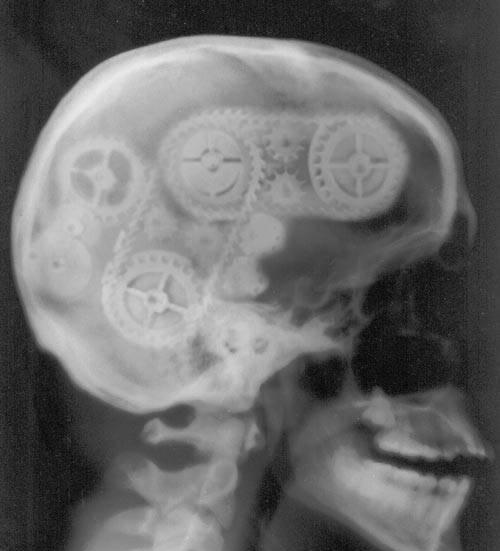 Any personnel wishing to access SCP-172 must receive written approval, and undergo a one-hour training session. All interaction with SCP-172 must be overseen by at least one class 4 operative, who may end the session at their discretion. Any and all records, drawings, or correspondence produced by SCP-172 are to be submitted immediately to Dr. █████ for review. Reasonable requests made by SCP-172 are to be granted after approval by Dr. █████. SCP-172 is allowed out of its containment area with approval, as long as it is accompanied by an armed class 4 operative.

Armed personnel are to be stationed at the door of SCP-172. Should SCP-172 attempt to escape, it is to first be asked to cease and desist, and then led back to its containment area. Containment area is to be kept stocked with paper, pencils, and any additional components requested by SCP-172. Tables, chairs, and any additional furnishings requested by SCP-172 are to be provided pending approval by Dr. █████. Upon entering its dormant state, SCP-172 should be placed in its transportation box until re-wound.

SCP-172 appears to be a human being, 34 years of age, 185 cm (6 ft 1 in) tall, black hair and mustache, 175.5 kg (386 lb), and of Russian descent. SCP-172's personality is very friendly and intelligent, if somewhat dull and repetitive. SCP-172 prefers dress from the 1860s, and always wears a large, ornate key on a long necklace. SCP-172 has never identified itself by any name, and is not upset by being referred to by its designation number.

Internally, SCP-172 is a staggeringly complex automaton, possessing over two million moving parts, and eighteen million components at last count. Component parts appear to be made of glass, silk, wood, steel, brass, rubber, and several other substances. Similarity between this construction and that of SCP-2776 suggest a similar creator or creators. SCP-172 also has several “modules” that can be installed via a hatch in its chest. These appear to alter behavior, speech, movement, and several parameters based on position in the body cavity and module components. SCP-172 has 46 modules at current count, having built three of these while in Foundation custody. Currently, SCP-172 is loaded with the "engineer" module. Modules have been identified by SCP-172 as "caretaker", "soldier", "medic", "mother", and "king", though this is by no means a comprehensive list (refer to Document #172-2). Under no circumstance are modules to be replaced without O5 level authorization.

SCP-172 is powered via a mainspring, which is wound with the key in SCP-172's possession, after inserting it into a hole at the base of the neck. SCP-172 can operate for eight hours on a single full “wind-up.” SCP-172 appears wholly human when in operation, and is capable of all basic human functions. SCP-172 has no need to eat, breathe, or sleep, but will perform all these functions if allowed to do so. SCP-172 is extremely obedient, and will follow any instructions given to it to the best of its ability.

SCP-172 does not view its existence as strange, and asserts that it is human even when shown its internal components. SCP-172 is also extremely delicate, and great care must be taken to preserve and maintain its function. SCP-172 has also shown a level of mechanical skill nothing short of miraculous. SCP-172 is capable of analyzing and copying any mechanical device it comes in contact with. This was first shown when it became apparent that locks of any kind cannot contain SCP-172. It has also made several copies or “upgraded” versions of SCP technology, all based on incredibly complex clockwork. Most notably, [DATA EXPUNGED].

SCP-172 was recovered after the Great War, in a chamber below a former vacation home of the Czars. Exposed due to stray bombing, the chamber and its contents were badly damaged, but SCP-172 was found intact in an iron crate, along with many “modules” and its key. Item was removed by operatives, and “wound-up” inside testing facilities. SCP-172 appeared to wake up from a deep sleep, and proceeded to greet everyone present in Russian. When Agent ████████████ shouted in surprise, SCP-172 pushed against its chest, and repeated its greetings in English. SCP-172, when questioned, stated that its last memory was playing with a young boy. The boy left, and SCP-172 began to feel “very tired,” so it returned to the box. It has no memory of its creation, creator, or name.