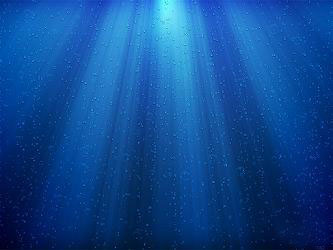 A digital image of SCP-151. No harmful effects result from viewing duplicate images.

SCP-151 is a 1 m x 1.3 m (3 ft x 4 ft) oil painting, apparently from the perspective of someone underwater. A subject who views the painting exhibits no initial effects. However, over a period of 24 hours, the subject's breathing becomes increasingly labored, culminating in the death of the subject. Autopsies reveal that subjects' lungs have filled with seawater. Attempts to halt the drowning process by medical intervention have proven successful in prolonging the life of the subject, but have not stopped nor reversed the condition.

The painting is not signed, but several names are written on the back.

Addendum: SCP-151 was found in an antique shop in █████████, ███, after the Foundation began investigating a series of unexplained drowning deaths. As ███ is landlocked, the Foundation dispatched a team of plainclothes agents after being informed of the nature of the water in the victims' lungs and that the victims had all been discovered on dry land. The agents discovered that the names written on the back belonged to a group of artistically inclined students, all of whom disappeared during a study abroad program in ███████. Investigation into their fate is ongoing, and may provide clues as to the nature and origin of SCP-151.