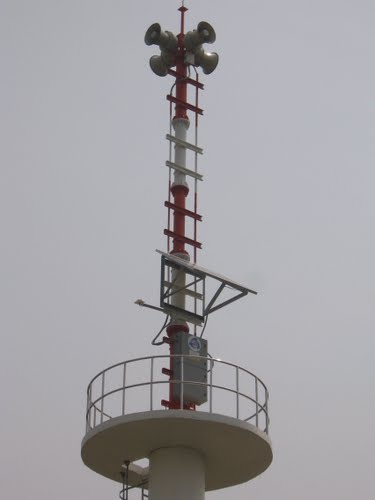 The Foundation has implemented protocols to cancel or to reduce the risk of generation of three of the five constituent sound tones that comprise SCP-1012:

All documentation that specifies the constituent sound tones of SCP-1012 is to be kept strictly confidential.

The generation of one or more, but less than all, of the constituent tones of SCP-1012 does not result in anomalous effects.

The simultaneous generation of all five tones of SCP-1012 for a duration exceeding a few seconds affects2 the resonance of certain subatomic particles within range, causing them to disintegrate into their constituent elementary particles. Computer modeling predicts that a generation of SCP-1012 within close proximity of a mass, such as an astronomical body, is likely to result in an uncontrollable chain reaction resulting in the disintegration of virtually all matter comprising the mass. According to the model, once such a chain reaction is initiated, it will continue to progress whether or not the tones of SCP-1012 are continuing to be generated, until all available mass is affected (i.e., a CK-class scenario). Proposals to use SCP-1012 or a modified version as a defense mechanism against hostile extraterrestrial threats, including SCP-1548 and SCP-2838, have been rejected due to the potentially disastrous side effects of SCP-1012 testing.

Footnotes
1. * Under normal conditions, Frequencies B' and D' are each substantially higher than the upper frequency limit for mammalian hearing and are therefore inaudible to humans, as well as other animals with a greater range of hearing such as dogs. However, it has been reported that some humans exposed to strong broadcasts of Frequency D' experience tinnitus. Under certain atmospheric and geological conditions (such as those prevailing in Taos, New Mexico and Bristol, UK), the broadcast of Frequencies B' or D' may be audible. Additionally, certain models of fluorescent lighting tubes and cathode ray tube televisions emit audible tones in sympathetic resonance with Frequency B' or D'.
2. The described result is predicted according to the cosmological model set forth in Foundation Document 8001.2552.KT.1012. Laboratory testing of the model is prohibited.
SCP-1011 SCP-1013