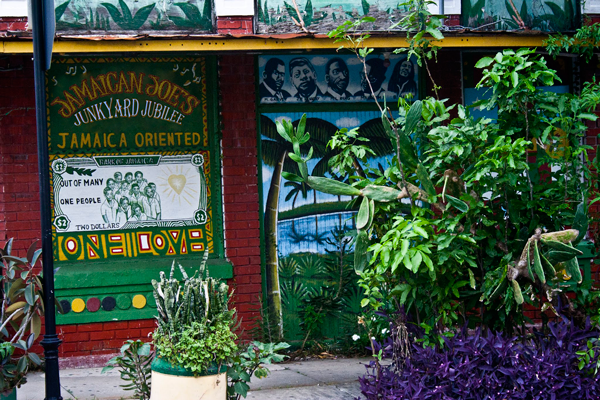 SCP-100 is to have six (6) guards patrolling the interior of the perimeter's fencing, and two (2) guards dedicated to the monitoring of the interior and exterior of both warehouses and the residential building, with rotations to occur every three (3) hours. Any unauthorized personnel found within SCP-100 are to be detained for questioning, prior to amnestic administration and release.

Three (3) guards are to remain within the storefront of SCP-100, with rotations to occur every eight (8) hours. The storefront front entrance is to remain locked at all times, with keys provided to necessary personnel. 'Private Property' and 'No Trespassing' signs are to be posted on the front of the storefront to deter any drivers from stopping at SCP-100.

The largest of the two (2) warehouses within SCP-100 has been converted into a basic research facility. All objects created by SCP-100-1, excluding SCP-100-2-A and SCP-100-2-B, may be used for research purposes. Testing on SCP-100-1 itself may only be conducted with written permission from the acting Head Researcher.

SCP-100 is an abandoned scrapyard eighty (80) kilometers from █████████, South Carolina, known as "Jamaican Joe's Junkyard Jubilee". The scrapyard covers roughly five thousand (5,000) square meters of fenced-off land, consisting of two warehouses, a storefront, and a small residential building, as well as neglected land and land used for storage. SCP-100 holds roughly fifteen hundred (1,500) vehicles, both pressed and unpressed, as well as roughly fourteen hundred (1,400) kilograms of separate scrap, estimated to be worth $5,000 (€3,870).

SCP-100's anomalous effect manifests through SCP-100-1 and its constructs, including SCP-100-2-A and SCP-100-2-B. Autonomy is lost when SCP-100-1 or one of its objects cross the fenced perimeter of SCP-100, remaining in this state until reintroduction.

SCP-100-1 is an autonomous, sapient, humanoid construct consisting mostly of copper piping, uninsulated copper wiring, and aluminum cans. SCP-100-1 lacks the ability for written or verbal communication; however, it possesses the ability to communicate using rudimentary sign language. SCP-100-1 is largely uninterested in conversation outside of sales, and information gathered from it has been limited. SCP-100-1 appears to possess skill in craftsmanship, demonstrating the ability to operate tools such as arc welders, drills, and power saws, as well as heavy machinery such as a car compressor and a fork lift.

SCP-100-1 possesses the ability to create autonomous constructs similar to itself, using material available within SCP-100. SCP-100-1 tends to create four (4) specific animals - iguanas, crocodiles, turtles, and flamingos - however, SCP-100-1 has been known to craft other species, such as domestic pets. To maintain compliance, SCP-100-1 has been allowed to keep two (2) objects, labeled SCP-100-2-A and SCP-100-2-B. 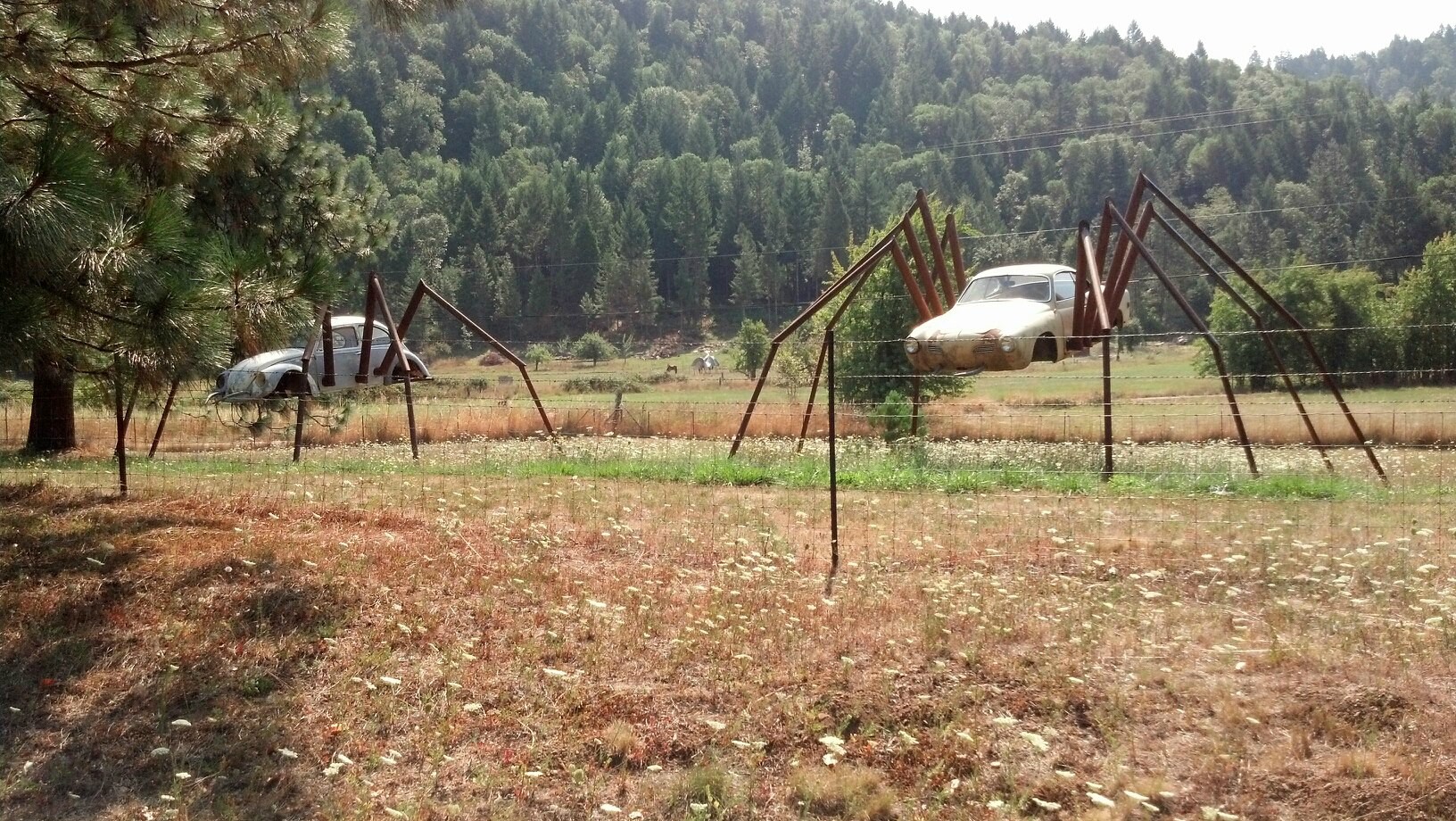 In the event that a human enters the storefront of SCP-100 during the interval of time SCP-100-1 is seated behind the counter, SCP-100-1 will attempt to bargain with them, using a variety of gestures to convey meaning. Most attempts by SCP-100-1 are to sell scrap, figures of its own creation, or repair services, however it has been known to purchase scrap. Despite SCP-100-1's inability to read, it possesses the ability to perform basic mathematics, as demonstrated by sales.

Sales made by SCP-100-1 are typically met with some degree of unfairness. SCP-100-1 has been known to intentionally use faulty scales and contaminate scrap piles with cheaper metals, and has demonstrated knowledge of the area of effect within SCP-100, as SCP-100-1 has sold constructs repeatedly, despite the loss of autonomy when exiting SCP-100. Efforts to confront SCP-100-1 about this have been met with both distress and indifference, with referral to a sign posted on the wall reading "No refunds, mon!" happening regardless of SCP-100-1's emotional response.

SCP-100 was discovered on 11/09/76, following reports of strange machines operating from within the scrapyard. These rumors were discredited as urban legends, and a Foundation agent was sent to SCP-100 to act as the land owner until containment was performed under the guise of property sale. A wooden privacy fence was built along the former perimeter of SCP-100, one-way windows were installed in the storefront, and a highway now running through the nearby town of █████████ redirects the majority of civilian traffic.

Addendum 100-A: Records show the property is owned by one "Joseph Duval", with the mailing address sharing the same name. Local utility companies report billing had stopped approximately three (3) months before the discovery of SCP-100, which was found abandoned save for SCP-100-1, SCP-100-2-A, SCP-100-2-B, and several avian and canine figures presumed to be made by SCP-100-1. Initial sweep of the buildings revealed the residential building to be mostly bare, with the only sign of former occupants being a note found taped to the door of the storefront. (see Document 100-A)

Incident 100-A: On 06/03/05, SCP-100-1 created a humanoid, autonomous construct ten (10) centimeters in height, the first time SCP-100-1 has done so. Significant effort was put into this construct compared to others, with greater detail applied to the construct, including facial features and "J.J." welded into the back of the construct, and stainless steel making up the majority of the construct. SCP-100-1 placed the construct on the counter of the storefront for the duration of this schedule interval, both using vague gestures to seemingly communicate with one another. Following the confiscation of this construct, SCP-100-1 remained seated within the residential building of SCP-100 for a total of ten (10) days.

Document 100-A The following is a copy of the note recovered upon discovery of SCP-100.